Cara Marsi is a former corporate drone and cubicle dweller with a romantic soul. She craves books with happy endings and loves to write about strong heroes and feisty heroines. She loves to put her characters in dangerous situations and see how they’ll get out. Cara has recently gone over to the dark side with her romantic suspense, Murder, Mi Amore, set in Rome, Italy, and involving murder, jewel thieves and terrorists. And she’s gone even darker with her paranormal romance, Cursed Mates.

She credits her love of romance to the old Thirties and Forties romantic comedies she watched on late night TV growing up. Cara is published in traditional romance, romantic suspense, paranormal romance, and has published numerous short romance stories in national magzines. Cara and her husband enjoy traveling and she loves to write about the places they've visited. They share their house with a fat black cat named Killer.

Excerpt:
Dominic sprang up and flew at the mugger, knocking him to the ground. The two men grappled, rolling together on the cobbled street. Lexie, her heart thumping wildly, looked for an opening to bean the mugger again, to give Dominic a better chance at overcoming him.


“Stop it! Stop it! Leave him alone!” The mugger ended up on top, and she whaled away with her bag, getting in any shot she could.

Shouts and the slap of running feet vibrated through the alley. The mugger swore, jumped up, and raced away, a few men giving chase. Several others helped Dominic to stand, yelling in excited voices, and gesturing toward where their attacker had disappeared.

Dominic winced in pain. Lexie looked down at his ripped, blood-soaked pant leg. “Dominic, you’ve got to get to the hospital. You’re bleeding.”

“I’m okay,” he said. “It is nothing.” Brushing dirt off his jacket, he turned to the men and said something in rapid Italian. With nods, they strode away.

Breathing heavily, Lexie disagreed. “You’re not okay. We’ll get a cab and take you to the hospital.”

He cupped her shoulders. “I’ve been through worse. I’m fine. Are you okay? Did he hurt you?”

“No. I’m…” The full impact of what had happened hit her. The adrenaline that had given her strength suddenly dissipated and she began to tremble. “I’m not okay.”

“Lexie.” Dominic moved forward to take her into his arms. She held on for dear life, needing his strength. He rubbed his hand along her back. “It’s okay, Lexie. We’re both okay. You’re safe with me.”

She clung to him. It wasn’t her imagination. Strange things were happening. She had nothing anyone could want. She didn’t know who to trust. Dominic said she was safe with him. But was she really? 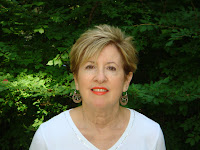 Blurb:
Lexie Cortese is in Rome to forget. The last thing she expects is to meet a sexy Interpol agent who suspects her of being part of a terrorist plot involving a stolen diamond. Suddenly thrust into a world of murders, muggings, and kidnappings, Lexie doesn’t know what to think—or who to believe.


Dominic Brioni’s assignment is simple. Befriend the American and bring her to justice. Only Lexie seems like the most unlikely terrorist Dominic has ever met. Sweet, determined, and direct, she faces life with courage and fire, a fire that sparks his protective instincts and a longing for something more—something he allowed himself to hope for only once before.


But that woman betrayed him, and his boss isn’t about to let him forget it. With his career on the line and Lexie in danger, will Dominic learn to trust his heart before they both get killed?
Posted by Chris Redding at 11:17 PM

Thank you for having me today.

Lynn from For Love or Funny said...

What a terrific excerpt!

Hello Cara, I wondered, what are the top ten things that you think makes a strong female character?

I'm so excited to see Murder Mi Amor come out! When does Cursed Mates release? And where can I buy it?

Thanks, everyone, for posting. Ari, thanks for asking where you can buy my books. Cursed Mates came out yesterday, Dec. 13 and Murder, Mi Amore is out tomorrow. You can buy Cursed Mates here: https://www.nobleromance.com/ItemDisplay.aspx?i=212

In addition, Cursed Mates is available for sale at Manic Readers, and both books will be available on Kindle and B&N.

Judy Dawn, interesting question. What makes a heroine strong. I think she has to be true to herself and believe in herself. Fight for what she believes and not allow herself to be cowed. This doesn't mean she should walk around with a chip on her shoulder or a mean attitude. My heroine in Murder, Mi Amore has always done what others wanted. She'd decided she'll take charge of her life, and she does. Even when bad people are trying to kill her, she fights back. When the police don't believe her, she refuses to buckle under and keeps fighting. When she thinks Dominic has used her, she doesn't sit around Rome and pine for him. Head high, she's determined to go on with her life. I hope that answered your question.

That's a fantastic answer. I've got another question for you. What is your biggest pet-peeve about others when writing a strong female character? Like, I don't really get why a strong female needs to cower in the end for her "character growth." This is done often and urks me.

Hi Cara,
I love the excerpt. Murder, Mi Amore, is sure to be a great read. I can't wait to dig into this one. Did you go to Rome to do your research or did you do it all on-line?

Hi, Judy, I agree with you. Why would a strong woman suddenly weaken just to show her growth? Lexie grows by taking charge of her life and she doesn't cower. In my werewolf paranormal Cursed Mates, my heroine Kyla is a kick-ass were-hunter, but she's afraid of losing control. She grows not by being afraid, but by getting over her fear of losing control and allowing herself to fall in love. Thanks for the question.

Hi, Kim, thanks for posting. Actually, I went to Italy in 2006 and used that trip as the basis for Murder, Mi Amore.Every piece of setting is authtentic, down to the hotel where Lexie stays and her favorite gelato flavor.

I enjoyed your excerpt, Cara. Big congrats on your new releases! I wish you many sales.

Hi, Cara. Where did you visit in Italy that inspired your story?

You got me with the word "lonely." Then, you got me for good with your excerpt. I absolutely have to read this book.

Thank you, Adele, VB and Joan. When we went to Italy in 2006 we went to Rome, Abruzzo to visit family, Capri, Sorrento and Pompeii. It was my second trip to Italy. I love it there.

Looking forward to this one and the werewolf story. Congratulations!

I'm really looking forward to reading this book, especially after reading the excerpt. I love your writing, your plots and your characters. Congrats on the new book!

Great article dear..I am sure is it would to be a great read.You really have a great inspiration over there.. But by the way, from where did you visit....?

Patsy and Robin, thanks for posting and for your kind words.