The Value of Critique Groups

When I decided to try writing a novel, I sat down and carved time out of my busy life to do it. I wrote for an hour a day, 5:30 to 6:30 a.m., keeping my head down and slogging onward until I’d produced nearly half a book. One Saturday I read through what I’d produced, and judged it to be pretty damn good! Time, I thought, to find an audience, a group of people to affirm my opinion, a place to accept the accolades I was due after writing 150 superb pages.

So off I went to the Southside Writers Group in Minneapolis. It’s an open, eclectic group of about twenty writers and, like every critique group, it has its own process. Each member reads aloud for five to ten minutes, then accepts comments and critique before the next person begins. I listened for a meeting or two, then decided to take the plunge and read my novel’s first several pages.

When I’d finished, I looked up, grinning, waiting for the attagirls that would surely follow. Betty, a lively, opinionated 70-year-old who was working on a memoir, smiled at me. “Honey,” she said, “you have the makings of a writer, but you need to lose the first four or five pages. Start at the explosion.” I felt the heat rise up my neck and into my face. What?!? Toss the beginning? The beginning where I introduced my character? Where I described her in detail? Where I set the scene (and what an unusual scene it was)? I clamped my jaw shut, nodded graciously, and vowed never to return.

Funny thing, though: Betty was absolutely right. I slept on it for a couple of nights and rewrote the whole first chapter. It now starts with a bang (literally) rather than several pages of boring exposition. In the new version, the reader gets to know my character on the fly, learns about the setting as the action unfolds. It’s a MUCH better beginning. You can judge for yourself: http://tinyurl.com/7pz7qbo. Just use the “Look Inside” feature.

Accepting critique is hard work. It threatens, sometimes, to overwhelm me, to make me think that all my work is crap. But in the end, my writing is almost always better for it. Here are a few of my own “rules,” though, that have helped me to get the most out of critique:


For everybody out there who’s writing, alone at the computer day after day, I’m urging you to find a critique group. If you can’t find one that already exists, start your own. Find some serious writers, preferably some experienced writers as well as novices. Find people who want to learn, who’ll work hard, and who share your passion for the written word. I guarantee you won’t regret it! 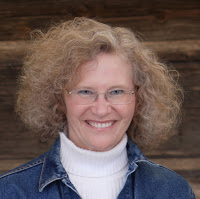 Karen Hall, environmental engineer and writer, lives with her husband Jeff Nelsen (and their orange tabby, Junior, who really owns the house) in the Black Hills outside Rapid City, S. D. Her first Hannah Morrison mystery, Unreasonable Risk, a thriller about sabotage in an oil refinery, was published in 2006 and the second in the series, Through Dark Spaces, set in South Dakota’s mining industry, followed in 2012. Karen is currently finishing a novel about infertility and working on the third Hannah Morrison mystery. She is also a member of the Pennington County Planning Commission and is currently president of the Black Hills Writers Group.

All excellent points! I once belonged to a group and there was one woman who absolutely ripped everything to shreds, no matter who she was critiquing. At first I was so upset I could have spit nails, and then I realized, no matter how nasty she got, there was always at least one pearl of wisdom in her comments. You just had to find it.

All good information. Accepting critique is one of the hardest things in the world to do and I admire authors who seek it out and other authors who give of their time to help their fellow writers.

Very good tips. And thank you for sharing your process so honestly. I related to the 150 superb pages :)

I would also add, If something feels all wrong, let it sit for a day or two. If it still feels wrong, get a second opinion. But by then, as you did with your expository beginning, the writer may see its wisdom.

Thanks, you guys. And you're right, Jenny. The "let it sit" tactic works well. I always try to finish well before deadlines to be sure the manuscript has time, like a loaf of bread, to "rise" in the drawer.

And Marja, you're so right about those nasty critique partners. The interesting thing about the one I most vividly remember is that she never took critique herself. She never, in the several years we shared a critique group, changed a syllable of her own work, despite consensus of the group that a change was warranted. Go figure!

I'm also in a large critique group and the rules are set out when anyone joins the group so that all the writers are familiar with the guidelines. Everyone gives only constructive criticism. I always consider everything they have to say. And I have to admit that most of the time they're right.

All of the critique groups I've joined have done that, too, Evelyn, but sometimes people either forget or feel the rules simply shouldn't apply. Since we typically have no leader, it's up to any random person in the group (but somehow it's usually me) to remind the transgressor of the rules. I actually lost a friend that way many years ago and it saddens me to this day.