Dane Blaise leaned against the wall outside the terminal building of the tiny airport in Edgartown on the tiny island of Martha’s Vineyard. It had been his corner of paradise every summer for years and this summer a much-needed respite from the world at large. Until today. He played with the pack of cigarettes he’d purchased for effect. He wore his only button down shirt – a white linen deal with the long sleeves rolled up so he didn’t have to bother buttoning the cuffs. The sun blazed. This was a far cry from the drink on the terrace at the Haven cafe he’d planned with a certain lady he’d met the day before. At the very least, he should be on the beach resting his soul where he belonged between assignments. But then he supposed he was no longer in between assignments. They had him the second he agreed to volunteer as a judge for the so-called American Invitational Surfing competition.

He watched the low-wing prop plane land and circle around the runway toward the building. But he wasn’t the only one watching. 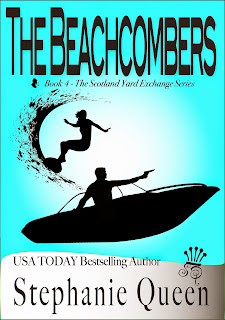 A tall lean striking man in a pale lemon linen suit –seemed linen was in fashion today—strolled outside and smoked a cigar while he talked on his cell phone. If Dane hadn’t been trained to notice these things, he wouldn’t have noticed the way the well-dressed man watched the plane not too closely, especially once the door popped open and the passengers began disembarking. An airport employee came through the terminal building door out onto the cement pad where they stood and headed toward the plane, but the man in the tan uniform stopped dead and looked stunned. A quick glance at the lemon-suited man told Dane he’d stopped everything and stared too. Dane turned back to the plane to see why.

A long-legged shapely woman with billowing sun-bleached hair wearing a tropical flowered halter sundress and strappy ruby stilettos stepped down from the plane onto the tarmac. If Dane were the kind of man who let out wolf whistles at such visions, Ms. Knockout would qualify. But so far in his life, he’d found it easy to control such impulses in favor of steady yet stealthy stares.

Blurb:
THE BEACHCOMBERS
Book 4 of the Scotland Yard Exchange Series


Hard core freelance military operative Dane Blaise plans to get some much needed rest at his beach hideaway on Martha's Vineyard until he gets called by his old friend and special ops mentor, the governor of Massachusetts. Boston's Scotland Yard Exchange Program needs Dane to help find a young heiress who mysteriously disappeared from a suspicious surfing competition.  Interpol warnings alert them to a French con man with a bad track record and big plans is on the small island.

But when Dane meets his partner in crime-solving, Shana George, a beach-bunny bombshell straight in from Australia to play undercover rich-girl surfer, he knows there'll be more trouble than the bad guys are dishing out--and no rest at all for this weary soul. 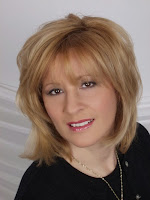 
USA Today Bestselling author Stephanie Queen is a romantic at heart and a writer by nature with the enthusiastic soul of a cheerleader. She enjoys creating stories where her rose-colored world-view comes to life and the good guys always win. Having spent most of her life in New England, she's attended a few of the area colleges, including Harvard. Although she lost count of all the jobs she had before she settled on being a Novelist, her favorite was selling cookies as a Keebler Elf.