My love affair with California began at the tender age of fifteen and continues yet today. So it should come as no surprise that the book of my heart, which somehow turned into a trilogy, is set there. I could attribute that frisson to the thrill of a midwestern girl seeing the ocean for the first time. Or the unapologetically bronzed coeds with movie-star teeth driving convertibles and playing volleyball in the sand. Maybe the towering palm trees swaying against the impossibly blue sky. But it’s more seminal than that. 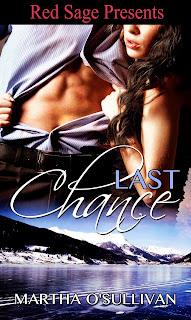 Like many writers, I was an avid reader from an early age. And as an only child, books were my default playmates. As a teenager, I found myself drawn to the revolving wire rack of musty-smelling, dog-eared paperbacks at the public library. Some days I would get off the city bus a few stops early and pick some up on the way home from school. The novels took me to places all over the world where effortlessly beautiful, wonderfully flawed heroines were swept off their feet by unapologetically successfully, wildly handsome heros to live happily ever after. And in the event I found the ending to be unfavorable, I would simply continue the story in my head to my liking. Characters, layered in observation and steeped in expectation were formed. The framework of a story was subtlety built as innocence became experience and naivety became discernment.

Writing such ideas down, however, took nearly thirty years.

In the interim, I met my own alpha hero. And he took me to San Francisco on our honeymoon. And, as cliché as it sounds, that’s where I left my heart. Part of it, anyway. For the last decade or so, Lake Tahoe has shared custody. I hope my Chances trilogy will take you there. And you’ll leave a little piece of yours behind too.

In Second Chance, star-crossed lovers Lindsay Foster and Brian Rembrandt get a second chance at love amid the brilliant blue waters of Lake Tahoe. In Chance Encounter, Delaney Richards and Mike Savoy’s quest for love takes them from Tahoe’s fawn-colored shores to the serpentine streets of San Francisco. And the heat in Last Chance comes not from the blazing summer sun and rugged, white-hot sand, but from the prurient fervor between friends-turned-lovers Moira Brody and Paul Webster.

Moira Brody knows Paul Webster better than he knows himself. But neither one of them know that he as in love with her as she is with him. These lifelong friends will have to look at each other with fresh eyes and brave hearts. Moira will take an epic leap of faith and Paul will take the ultimate risk--again. They'll come full-circle, but there will be plenty of collateral damage along the way. And even the single-digit temperatures and snowcapped peaks of the Lake Tahoe winter are no match for their long-bridled desire. 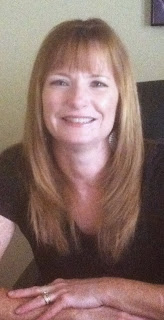 Martha O'Sullivan has loved reading romance novels for as long as she can remember. Writing her own novels is the realization of a lifelong dream for this stay-at-home mom. Martha writes spicy, contemporary romances with traditional couples and happy endings. She is the author of the Chances trilogy from Red Sage Publishing. Her current work-in-progress is steamy Christmas novel set in Florida. A native Chicagoan, she lives her own happy ending in Tampa with her husband and two daughters. Please visit http://www.marthaosullivan.com for reviews, excerpts and more.