Writers Should Get Paid

This is a glorious fisk.

Kind of like a non-writer friend of mine standing in my kitchen at my birthday celebration spouting off that she thought ghostwriting fiction was wrong. Which his how I make my money sometimes.

Fisking the HuffPo, because writers need to GET PAID

Posted by Chris Redding at 8:41 AM No comments:

I became hooked on reading romance novels during my teen years and my attempt at writing began in high school. All of my manuscripts were mailed under my bed. Eventually, I threw out most of them. That was painful especially since I’d hand written them first, then typed them on my old typewriter.

In college I majored in English but ended up with a Master in Social Work and a Master in Education. 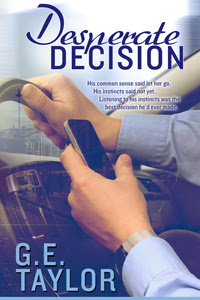 Though I had these different career paths, I never gave up my passion for writing. Now I’m much more committed to it and writing full time. I’ve drawn on my years of practicing social work to give my work authenticity and realism.

I live in New Jersey with my family.


Allison North’s flight to freedom is dangerous and desperate. As she scrambles into the stranger’s car crying “drive,” she prays to God this is not her last day on earth. Usually not a gambler, this move is high-stake gambling. Bruised, battered, and with no money, she needs a place to hide and heal until she finds work as a pastry chef. When the stranger offers her shelter, she takes it even as fear rushes up her throat and threatens to choke her. Would she live to regret her decision?

Mason Franklin cannot believe his eyes but, with her urgent cry ringing in his ears, he presses the gas and the car leaps forward. What had possessed her to do such a dangerous act? He intends to find out. But no amount of probing loosened her tongue. Just when he decides to let her go, he accidently sees her bruised body. Angry that someone did that to her made him want to meet the coward. He offers her shelter. Under his roof, he discovers she is the pastry chef who could not only lift his business to the top, but who built up a need in him that only she can satisfy. The wild passion they share can only lead to one conclusion.


The cold November air hit Allison hard, chilled her bones, and caused instant goose flesh to rise and cover her skin. She hunched over momentarily trying to ward off the chill. Her eyes scanned the train station as a possible place to hide, but she discarded the idea immediately. It was too open. The streets across from the apartment were busy and not easy to cross. Estimating her chance of crossing them before being captured, the odds were against her. She would not have the time or the strength to do it before they caught up with her. Moving as fast as she could, she walked across the courtyard, down the embankment to the sidewalk. 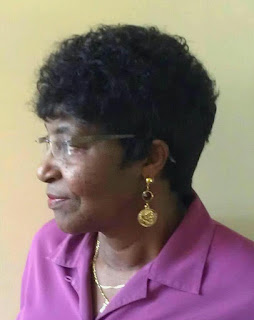 Several cars and other vehicles waited at the stoplight. Making a desperate decision, she stepped up quickly to a car and yanked the handle. The door opened and she scrambled inside, slammed the door shut, and locked it. The light changed from red to green. The driver, startled, pressed the gas. The car leaped forward only to stop abruptly. Several horns blasted behind him instantly.

The sound of her voice carried a desperation that commanded him to obey. The car leaped forward as two people, a man and a woman, dashed into the courtyard. They hurried through the wrought iron gate onto the sidewalk looking up and down the street, peering into cars as they drove by. Allison eased down on the floor of the car until the stranger’s car circled the green and headed toward South Street. Her heart pumped furiously, and she swallowed with difficulty. Lifting her shaky hand, she eased herself upon the seat. She had no idea what she would say to this stranger when he stopped his car. He must think she was insane or had escaped from somewhere. She hadn’t. This was the first time in her life that she’d ever done anything like this.

He pulled into the parking lot at the supermarket, flung his door open, and walked around his car to the back right door. His long strides reached it before Allison got out. As she pushed against the door, he pulled it open. He was furious with her for not only scaring the living hell out of him, but for doing this unthinkable act. What could have possessed her to do it? She’d better have a damn good reason.

Posted by Chris Redding at 1:00 AM No comments:

I've written a number of manuscripts over the past few years, full-length novels that are in different levels of editing. And I've written quite a few short stories and novellas, all of which have been published (or soon to be published). However, I've only done NaNoWriMo once. The push to write at such a fast pace, in such a short time, is both freeing and terrifying. But, I figured I'd give it a try once. And as a result, I completed the first draft of His Womanly Ways.

This novel is unlike my usual fare of works, and perhaps that's why it came so fast to me. I let myself go and just saw where the plot would take me. And it turns out that it took me to quite an interesting place. The only thing I knew going in was that I wanted to do a genderswap book, but one that was unlike those I had read prior. I have always been interested in the genre, but I find most of it jumps straight to objectification rather than exploration. You're turned into another gender, so the first thing you do is feel yourself up and try to have sex with the nearest willing person? I don't buy that.

Essentially your body doesn't match your inner self anymore. That should cause some kind of journey to either accept or reject the situation. That's what I tried to do with His Womanly Ways. Alex didn't ask for this to happen to him, and the process is gradual, as is his acceptance of the changes. His mind doesn't match the image he sees in the mirror, and that's important to realize.

Did I strike the right note between humor and drama? Create an interesting storyline with realistic characters, despite the extraordinary circumstances they are in? That's up to the reader to decide, but I do hope I provide a new way to look at the concept. Because a change in gender is not something to take lightly.


Alex is a womanizer. He makes no excuses for it. Yes, he picks up women at the local bar, leaving them with just a memory of a good night and a good lay, but he hasn't had any complaints yet. That is, until he picks up the wrong woman. Not satisfied to be tossed aside as just another notch in Alex's bedpost, she curses him, wishing he “knew what it was like for a woman.” And he's about to find out what she means, embarking on a genderswap journey that he can't stop.

Alex starts slowly gaining secondary female characteristics; his body becoming more like a woman than the man he used to be. Alex tries to hide the changes he's going through, for fear that someone will discover his secret, but keeping this quite literally “under wraps” might be impossible before the curse runs its course. 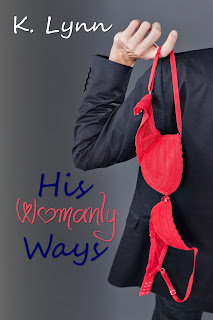 With the help of his female best friend, Eve, Alex tries to deal with who he is becoming. He feels like he's lost his identity, his mind not matching the body he now has. But Eve sticks by him, and they become closer as Alex's changes progress. What started out as friendship may become something more before Alex's journey is over. Perhaps this curse was actually a blessing in disguise.


K. Lynn has been an avid reader and writer since childhood. While in college, K. Lynn increased her involvement in LGBT issues and writing within the LGBT fiction genre. She has become a long-time fan of the authors that seek to explore the commonality that exists within all sexualities and genders. Most of K. Lynn's work features LGBT characters, many of whom are in established relationships and show how love perseveres through every trial and tribulation that life holds. She also has a particular interest in seeing transgender characters gain a larger foothold within the LGBT fiction genre, hoping that the market for these works expand in the future. Contact K. Lynn at writerklynn@gmail.com or follow her on Twitter @WriterKLynn

BUY LINKS
Torquere Press:
Amazon
Barnes and Noble
All Romance
and wherever books are sold!
Posted by Chris Redding at 1:00 AM No comments: