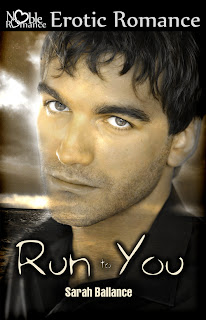 Sarah Ballance and her husband of almost fourteen years live on the mid-Atlantic coast with their six young children, all of whom are perfectly adorable when they're asleep. She often jokes that she writes to be around people who will listen to her, but her characters aren't much better than her kids. Fortunately, her husband is quite supportive, having generously offered to help her research "the good parts." She's never had to ask twice.
1. When did you know you wanted to be a writer?
I never wanted to be a writer—not even when I was writing my first book did I want to be a writer, LOL. I got started after my friend suggested I write a novel and I said I couldn't. Later, my "I can't" response bothered me so I gave it a shot. It wasn't until I finished DOWN IN FLAMES that I decided I really, really wanted to write novels.


I started in the summer of 2008 and finished my first book in six months. The entire process was a total whim, and now it's a full-fledged career. That amazes me!
3. How did you pick the genre you write in?

Although my first book was a romance, I've found a home in romantic suspense with my second and subsequent novels. In suspense, the stakes are high. When the characters are in danger, there's a whole new element to the sexual tension that can be absolutely breathtaking. I love the added conflict and the heightened emotion, and, well, I have this diabolical adoration for screwing with my characters, LOL.

4. What drew you to the subject of RUN TO YOU?
I read my first romantic suspense while I was writing my first book, and I was hooked. I wanted to write one more than anything, but a plot refused to come to me until my husband and I took a walk on the beach on an actual "dark and stormy night." That night put the fear in me, and shortly thereafter I dreamed the entire book over a couple of back-to-back nights. We live on the coast, so the setting is near and dear to me.

5. Did you encounter any obstacles in researching it?
Research was light for RUN TO YOU. I had to Google a couple of facts, but otherwise I was able to just write—handy, because my real life obstacle was a difficult pregnancy. Our first five babies were planned, then I had my tubes tied. Imagine our shock when we found out we were expecting baby number six, and on top of that I was relegated to my bed for most of the pregnancy. I'm still kicking myself for only writing one book that whole time, but I was so sick I guess I should be amazed I managed that much!

6. What was the name of the first novel you wrote? Did you try to publish it?
The first novel I wrote is also my first published novel, DOWN IN FLAMES. I never expected it would actually be published, but it was picked up by Noble Romance on my first and only query!

7. Why did you pick the publisher that ultimately published your book?
I did some research, primarily on reputation with readers and authors. Looking back, I realize I didn't know everything I should be researching, but I lucked out. Noble is a fantastic place and the staff and other authors feel like family, and they've more than fulfilled that outstanding reputation that drew me there to begin with. 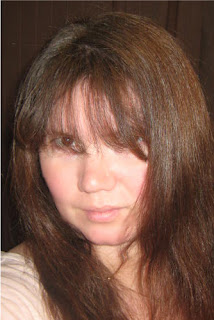 I don't have a "real job," but I'm a mom of six young children (all under 13) and we are a homeschooling family. I'm teaching four different grades at this point, plus have a preschooler and a baby. Otherwise, I'm a full time author, LOL.

9. What’s your writing schedule?
For the past few weeks I've gotten the bulk of my writing done between 8:00 p.m. and midnight or 1:00 a.m. That varies—sometimes I'll get up early—but for now it seems to work for me. I have a couple of periods throughout the day I tend to put toward all of the things you have to do as a writer which have nothing to do with actually writing, so in theory I have my evenings to write. In reality, it doesn't always work that way.

10. Who is your greatest cheerleader?
I'm blessed to have quite a few, but my husband wins the prize. I could name a hundred ways he supports my career, but one of my favorites is the way he'll sit on the floor in front of the bedroom door when the kids won't leave me alone so I can write. I think it's pretty cool how willing he is to give up his recliner after working a 12 hour day to make sure I'm not disturbed! He'll also take all six kids somewhere—the grocery store, the park, anywhere—just to get them out of the house to give me a break. And when it comes to what he calls "the good parts" he is a tireless research partner, LOL.

The last thing Sheriff Wyatt Reed expected to find on a storm-ravaged beach was a beautiful blonde with a jealous sidekick, but one look at Mattie James left him wanting more. Their first date takes an ominous turn when he gets the call that a woman was found murdered. With a killer on the loose and a troubling lack of suspects or motive, Wyatt's vow not to become personally involved is shattered when he discovers Mattie's life is on the line, and this time the truth leaves her with a deadly choice . . . and nowhere to run.