When did you know you wanted to be a writer? I was around seven years old, and I’d just read my first Nancy Drew. I decided right then that that was what I wanted to do—write books. I even found the perfect spot in our neighborhood to hide a body! Do you plot or do you write by the seat of your pants? 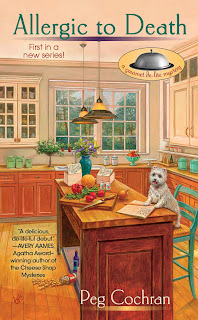 Mostly I plot although not necessarily every single scene. If I knew exactly what I was going to write, I would feel as if the story had already been told, and I wouldn’t want to write the book. But I do need plot points to write toward—inciting event, end of act one, big reversal at the mid-point, end of act two, the black moment and the resolution. I also learned about “pinch points” from author CJ Lyons—they come on either side of your mid-point and are usually an “emotional” turning point for your character. So I basically have a road map but there’s still room for the occasional detour! How many rejections have you received? Ha! I started submitting seriously in 1997 so…a lot. I did track agent rejections over the course of a two year period where I was circulating three different manuscripts. I had over 400 rejections in just that period. What was the best writing advice someone gave you? Don’t quit. If I’d quit after 200 of those rejections, I wouldn’t be looking forward to my first two books coming out in August and September! What’s your writing schedule? I usually write on my lunch hour (day job) instead of going out. Then I might write a little before dinner and while cooking dinner (and hope I don’t get so into the book that I burn the meal!) and for a bit after dinner. If a deadline is approaching, I try to grab a bigger chunk of time on the weekends. But I’m always thinking about the book so even walking the dog can be productive if I iron out a plot problem. If you could ask your readers one question, what would it be? What’s the one thing that makes you put down a book and not pick it up again. Where do you write? I write for an hour at my desk at work during my lunch break. At home, I have a desk in the kitchen where I write while I keep an eye on the dinner cooking. Our family room has a huge comfy chair where I like to sit with my laptop (and my dog Reg is almost always curled up right next to me—he’s quite convinced he’s my muse!). I do have a bedroom that’s been turned into an “office” and if I’m going to work for any length of time I go up there. What was the name of the first novel you wrote? Did you try to publish it? I don’t remember the name—it was a romance and I sent it to Harlequin. It promptly came winging back! I’m sure it was terrible. That was “back in the day” as my kids say, before computers so you had to type the whole thing and make a photocopy. Arduous! My first “real” attempt at getting published was in 1997 and the book was a mystery titled A Rogue’s Gallery—set in a NYC gallery. I was managing a gallery at the time which was owned by Pierre Matisse, the son of the artist Henri Matisse. I figured I’d go with what I knew. I got an agent for it but she was unable to sell that book or the two I wrote subsequently. I put the writing on hold for a few years and then went back at it again. What authors do you admire? Mysteries are my first love, and I’m drawn to English authors or American authors who write about England like Deborah Crombie. I love P.D. James—her sense of language is phenomenal. Peter Robinson is another favorite—his characters are so real, and he’s done a great job of showing their growth over the course of his series What place that you haven’t visited would you like to go? I’ve been fortunate enough to have done a fair amount of traveling already—Europe, the Far East, the Caribbean. But I haven’t been to Italy yet, and I’m dying to go! I’m half Italian, and I have this feeling that I’ll be very at home there. Plus all that delicious food and wine! And they say that even middle-aged women get whistled at in Rome which certainly doesn’t happen here! 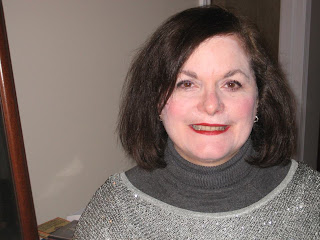 BOOK BLURB Allergic to Death by Peg Cochran Business is looking up for Gigi's Gourmet De-Lite, thanks to her newest client, restaurant reviewer Martha Bernhardt. Martha has the clout to put Gigi's personal meal plans on everyone's lips. But instead of dropping a few pounds, Martha drops dead from a severe peanut allergy...right after eating one of Gigi's signature dishes. When the distractingly debonair Detective Mertz identifies traces of peanut oil in Martha's last meal, Gigi suddenly finds her diet catering business on the chopping block. Now she'll have to track down who tampered with her recipe before her own goose is cooked. Includes delicious--and healthy--recipes! Bio: Peg grew up in a New Jersey suburb about 25 miles outside of New York City. After her first husband died, Peg remarried, and her new husband took a job in Grand Rapids, MI where they now live (on exile from NJ, she likes to joke). Peg managed to segue from the art world to marketing and is now the manager of marketing communications for a company that provides services to seniors. Her greatest love though has always been writing-particularly mysteries! She has two cozy mystery series debuting from Berkley Prime Crime-the Gourmet De-Lite series set in Connecticut in August and the Sweet Nothings Vintage Lingerie series, written as Meg London, set in Paris, TN in September. She also has a humorous mystery, Confession Is Murder, first in the Patron Saint Mystery Series, available now for Kindle.
Posted by Chris Redding at 12:48 AM

Very good advice, Peg. Never quitting and writing whenever you can is what separates wannabe writers and published writers. I've saved all of my rejections; some include beneficial pointers that helped improve my writing.

Peg,
You are one amazing woman! Can't wait till your two series debut!

You know I'm anxiously waiting for those books to come out, Peg. I'm looking forward to a celebratory lunch, too! Way to go, girl!

Glad you made it, Peg. You're in a good place right now!

Thanks for reading everyone! Kathleen -- you're right. You can't win if you quit! Loralee, hopefully we'll have that lunch soon. Marilyn, wish you were closer so we could have lunch! Kaye, thanks!