A Murder of Crows


The first time I walked into a public library. I think I was in second grade, and I wanted to live there so I could read every book. The promise of all that information and all those stories overwhelmed me. And I wanted a book of my own on those shelves. 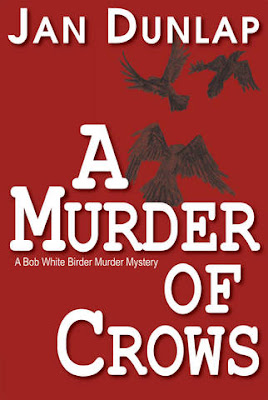 
I wrote my first story in fourth grade. We were in a brand-new elementary school, and the librarian asked for student contributions, so I wrote a story, illustrated it, and she bound it to put on the shelves. By the time I was in high school, I wanted to be a journalist, so I quit writing any fiction. I worked in public relations and advertising, then wrote free-lance for Christian publications for many years until I landed a job writing a family humor column for our local paper.


3. How did you pick the genre you write in?


Pure serendipity and foolish pride. I read mysteries when my kids were little because the stories were intriguing enough to keep me reading fast – I didn’t have the time or interest to read anything thick. Finally, I’d read enough that I thought I could do at least as good a job at it as some of the authors I read!


Because my Birder Murder Mysteries always deal with a conservation issue that affects birds, I look for those kinds of news items. I began to plot the book after hearing about a controversy in a nearby town that pitted eagle conservationists against a local utility company’s development plan. About the same time, I took a trip through Iowa and was so impressed with the huge wind turbines I saw there that I decided to make my story about wind energy’s impact on bird populations.


5. Did you encounter any obstacles in researching it?


Since I make all my books geographically accurate so others can find the birds that my protagonist finds, I was stumped when I used a birding report from 1965, because I couldn’t find the name of a particular lake on any map. I ended up calling the Minnesota Department of Natural Resources (which I do a lot in the course of writing my series!) and they connected me to the DNR in the area referred to in the old report. The officer there took the time to check old maps and confirmed for me that the lake in the report had been renamed. Mystery solved… and my story included that interesting bit of trivia.


I wish I’d known that I would have to manage all my own marketing and publicity! If I had known that, I would have written all 12 books in the series (instead of only 2) before seeking a publisher. Now I’m so busy marketing, I barely have time to write, and I’ve got seven more books to go.


7. What was the best writing advice someone gave you?


Find your voice. It’s not an easy task. You’re always tempted to write like someone else, especially when they’ve gotten published and you haven’t. But a unique, clear voice is what makes a novel stand out. I worked a long time on my protagonist Bob White’s voice, but everyone who reads the series loves him!


8. Why did you pick the publisher that ultimately published your book?


I had tried to find an agent for three years, but none of them thought a mystery featuring a birdwatcher would sell. In fact, I had agents tell me that no one was interested in birds. With 48 million birdwatchers in America, though, I was convinced otherwise. I kept thinking there had to be an agent or editor somewhere who liked birds! I finally gave up on landing an agent, and decided that since my book series is about a Minnesota birder, I would look for a regional publisher. When I queried North Star Press of St. Cloud (MN) about the books, I hit the jackpot, because my editor there is a birder!


“A Murder of Crows” is about lust, greed, envy, pride, and home-baked biscuits. Actually, it’s about a birder who’s found dead dressed as a scarecrow, and how he ended up that way, but all those things I just mentioned play a part in the story. Oh, and there’s a hypnotist who gets knocked out before he snaps the kids out of being chickens, and my protagonist Bob White has to round them up before they hatch eggs.


Adele’s Frozen Custard! It’s a small locally-owned shop near my home, and it’s the most delicious thing I’ve ever eaten. They make different flavors every day and they’re closed for the winter. I count the days every year till March 1 when they re-open! 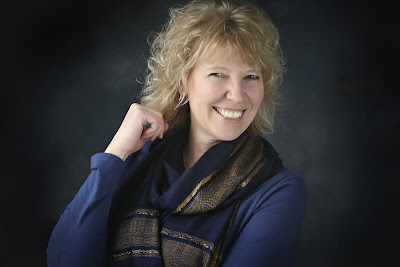 
Jan Dunlap is the Minnesota author of the Birder Murders, a laugh-out-loud mystery series following the adventures of high school counselor/expert birder Bob White, who has a bad habit of finding bodies while he birds. Hailed as "everything a cozy mystery should be," on Amazon.com, Jan's novels mix birding, environmental issues, witty dialogue and characters so real, you'll want to invite them to dinner! Jan’s favorite things are the great outdoors, her five kids, and frozen custard, though not necessarily in that order. Jan welcomes visitors to her website at www.jandunlap.com.


Amidst the annual scarecrow display at the Minnesota Arboretum, Bob White finds the dead body of Sonny Delite, a birding colleague well-known for his conservation advocacy. Dismissed by the police as a suspect, Bob turns his attention to unmasking the former celebrity wrestler who has joined the Savage High School faculty, but quickly regroups when the murder investigation comes home to roost at the high school. Determined to discover the identity of Sonny’s killer, Bob’s chase takes him to the proposed site of a wind farm and into the crosshairs of a World War II explosives expert.