Warm sweat trickled down his back, sliding swift and sinuous as raindrops down a window pane. It pooled in the dip on the small of his back, clinging his shirt to his skin. His breath came in quick short puffs. It too was warm and sticky as it moved through his mouth, over his chapped and bloody lips. His throat felt strange, tight and scratchy, almost like the time he had strep and she cared for him so tenderly.

Strange to think of strep at a time like this.

Not so strange to think of her. He would be dead soon after all.

He would miss her. Her soft hair. The sweet smell of flowers and freshness she always brought with her into a room. 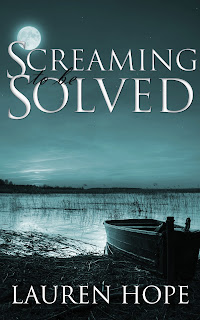 It was far better than the putrid air expelling from the man in front of him. The man with the gun.

Evan had seen guns a million times over the course of his career, usually had one holstered by his side, but right now he was unarmed, and the black metal pressed to his chest had alarmed him into a state of near paralysis.

He was also outnumbered. By far.

There was nowhere to run, nowhere to hide. No move or training or cunning idea that could get him out of this.

He had done his best. Had tried. And that would count for something. But would she know? Would she ever know?

Noise exploded, it came from every direction. The pain was next, instantaneous and blinding. Then the darkness.

As it closed around him, he couldn’t help but smile as the scent of fresh flowers and a vision of smooth red hair and stunning blue eyes carried him into the black.


Marxie Vaughn becomes a widow at twenty-five years old when her police officer husband, Evan, is tragically killed—reduced to ashes in an explosion in the line of duty in their small Georgia town. Without even a body to bury, Marxie is left to deal with the sorrow of his abrupt and brutal end. Seeking to start anew, she packs up and moves east to Savannah.

But when Detective Grant Carter knocks on her door two years after the accident, Marxie’s carefully rebuilt world turns upside down once more. The grim detective gives Marxie unimaginable news: Evan’s body has been found in a nearby canal.

Desperate for answers, Marxie embarks on a fascinating, complex and heart-wrenching journey to find out exactly what happened to the man she loved. And though the intriguing detective may be working under ulterior motives, he puts his whole being into helping the young widow bring closure to a mystery that haunts her every waking moment. Together, Grant and Marxie work to unearth a secret that runs as deep and murky as Savannah’s canals. 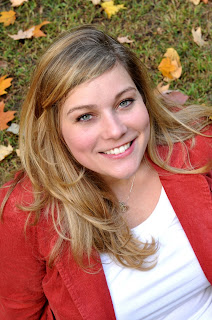 Lauren Hope creates a modern twist on the classic ‘whodunit’ story through intriguing suspense intertwined with hints of romance and mystery. After receiving a Bachelor’s degree in Communication, studying abroad in Italy, a tiring run as a news anchor, and working in the corporate world, Lauren decided writing was her ultimate love. She set to work on her first series and was published in 2008. She is the author of the enthusiastically reviewed Shadow Series—Hidden Shadows and its sequel, Chasing Shadows—and her newest novel, Screaming To Be Solved.

She and her husband, Michael, live in a small town in Tennessee with a big yard and their floppy eared rescue pup, Jade.

Posted by Chris Redding at 4:30 AM

I'm loving Screaming to be Solved so far!