Samantha entered the lobby of the Grand Hotel and instantly understood why Mark had said the hotel didn’t live up to its name. The furniture with its faded material and scratched wood had seen better days. The tiles were worn and several ceiling fans were the only means of cooling the room. The humidity of the jungle city at the “wedding” of two mighty rivers, the Amazon and the Rio Negro, was stifling. 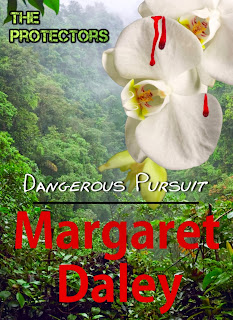 But at the moment Samantha didn’t care about those things. She only wanted to locate her brother, and this was the last place he had been heard from. Mark hadn’t returned to Rio as she had hoped; no one there had seen him in weeks.

She squared her shoulders and walked up to the reception desk, setting her suitcase on the floor beside her, then rummaging through her purse until she found the pamphlet she had been looking for. Spanish for the Traveler was the only thing she had had in her store, and though she had known Spanish wasn’t the official language of Brazil, she had grabbed it as she had left her store.

She flipped through the pamphlet until she came to the phrase she wanted, praying her high school Spanish would be enough in a country that spoke Portuguese. Why hadn’t she stocked up on some phrase books in Portuguese?

“Do you speak English?” Samantha winced at her awful imitation of Spanish. She had barely made passing grades in the subject in high school.

The young man behind the desk frowned and looked at her questioningly.

“Uhh…” Samantha scanned her phrase book. Weren’t the Portuguese and Spanish languages alike, at least enough for her to be understood? She tried again in her stilted Spanish, “Do you speak Spanish?”

The clerk began to speak rapidly, but not in Spanish or English. Samantha didn’t understand a word he said. Why did Brazil have to be the only country in South America that didn’t speak Spanish? Then she would at least have a fighting chance—well, maybe a fighting chance to be understood.

Samantha held up her hand to stop his flow of words, but it seemed he didn’t even understand sign language. She glanced about frantically, and her gaze collided with a man’s across the lobby. Amusement brightened his gray eyes. He rose to his feet and strode toward her in one fluid motion.


Reading about danger never prepared Samantha Prince for the desperate phone call from her brother in Brazil that sent her from the safety of her New Orleans bookstore into the rugged, inhospitable Amazon in search of him and a hidden treasure. And reading about romance never prepared Samantha to resist the mysterious appeal of Brock Slader, a guide she hired to help her in her quest.

Alone with Brock in an alien world of orchids and anacondas, primitive headhunters and very up-to-date gunmen, she struggles to keep their relationship strictly business. Will Samantha survive the dangers in the jungle only to have her heart broken by a man who lives on the edge—no strings attached?


Margaret Daley, an award-winning author of eighty-five books, has been married for over forty years and is a firm believer in romance and love. When she isn’t traveling, she’s writing love stories, often with a suspense thread and corralling her three cats that think they rule her household. 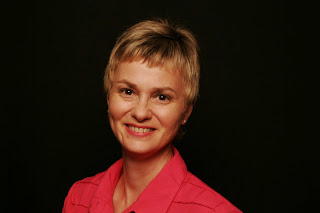 To find out more about Margaret visit her website at

Posted by Chris Redding at 1:21 AM