Financial crimes investigator Seamus McCree returns in this thrilling sequel to Bad Policy. With his house in Cincinnati in ruins, Seamus retreats to the family cabin for some well-earned rest and relaxation. But his plans for a quiet, contemplative winter in the wilds of Michigan's Upper Peninsula are thrown out the window when he discovers a naked woman on his porch during a blizzard. The mystery woman is suffering from hypothermia, frostbite, high fever, amnesia—and rope burns on her wrists and ankles. 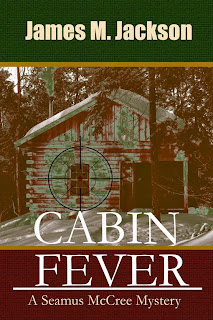 Snowbound at the cabin, without transportation or phone coverage, Seamus struggles to keep the woman alive and find a way to get an SOS message out. What he doesn't know is that a domestic paramilitary organization is hunting for an escaped female prisoner—and closing in on his isolated refuge.

An arc of smoothed snow on the stoop formed a single angel wing. Someone had recently opened the door to the screened porch. Squatting down, I flipped up the headlamp’s red filter and spotted prints of bare feet.

Now I knew I was going nuts. Occasionally holding conversations with a disappeared Abigail was one thing, but phantom footprints meant my imagination was reaching a new level of desperation. Get a grip, Seamus. No one walks around barefoot in this weather. At the thought, my arms reminded me they were freezing from my nosedive into the snow. My teeth started chattering.

I knelt to inspect the tracks: all faced forward; no departures. Must be guys from one of the nearby camps playing a trick. Peering into the swirling snow, the track of partially filled footprints disappeared down the driveway.

A frisson of disquiet struck me. Although only sixty-five yards away, the house and garage were invisible with their lights off. What if it wasn’t a joke? What if someone found this cabin and took refuge? I yanked open the screen door and tromped in, ignoring the scrape of snowshoe claws on the porch floor. I peered in the glass door to the cabin proper. No one had lit the fire preset in the wood stove.

A shiver running from my toes to the top of my head reminded me I needed warmth. A book could wait for morning. Turning from the door, I caught a flash of two bare legs dangling below the chair hammock attached to a porch rafter. I laughed so hard my sides ached and my lungs hurt from the frozen air.

In a place where winter lasts half the year, jokes and jokers get odd. The jerks must have stepped a blow-up doll onto my porch to make the footprints and posed it in the swinging chair. They had concealed their tracks well. In this dark, I couldn’t figure out how they did it, but I’d find the evidence in daylight.

Fine. Like pink flamingos mysteriously congregating in front lawns of townies about to return from vacation, this babe was definitely going to show up in someone’s sauna in the near future. Might as well drag it to the house so it’ll be close at hand for future revenge. I grabbed the plastic legs to haul the thing from the chair.

The legs were real. 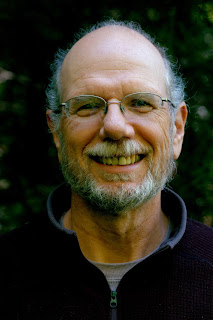 JAMES M JACKSON authors the Seamus McCree mysteries, BAD POLICY (March 2013) and CABIN FEVER (April 2014), published by Barking Rain Press. BAD POLICY won the Evan Marshall Fiction Makeover Contest whose criteria were the freshness and commerciality of the story and quality of the writing. Known as James Montgomery Jackson on his tax return and to his mother whenever she was really mad at him, he splits his time between the Upper Peninsula of Michigan woods and Georgia’s low country. Jim has also published an acclaimed book on contract bridge, ONE TRICK AT A TIME: How to start winning at bridge (Master Point Press 2012).

Thank you so much for having me today. I appreciate the opportunity to let your audience know about Cabin Fever.