Gambling On A Secret

Book 1 of The Colton Gamblers….


When Charli bets everything on a secret, will she find the deck stacked against her?

Former runaway-turned heiress Charli Monroe is hiding her sordid past and planning a future in Colton, Texas. Attending the local college for a degree in social work, she intends to raise cattle on her newly purchased ranch, which she plans to open as a home for troubled teens. Only a few glitches—the Victorian mansion is crumbling, the barn needs a roof, and her oilman neighbor wants more than friendship. When she meets Dylan Quinn, Charli is willing to take a chance on the town drunk to help her rebuild the rundown ranch.

Dylan has his demons, too. The former Special Forces commander can’t get past his ex-wife’s betrayal and the botched mission that left him with much more than a bad limp. Certain the greedy oilman next door to Charli wants much more than just her heart, Dylan’s even willing to stop drinking in order to protect her.

When things get dangerous and secrets of the past are revealed, is he only looking out for his new employer, or is she the new start he so desperately needs? 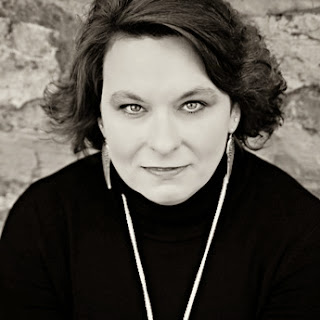 
Dylan regarded her for a long moment and cocked a brow. Damn, was he making fun of her? He looked her up and down. “Wouldn’t a woman like you be more comfortable getting manicures and massages in a Dallas spa, not worrying about cattle breeds and barn roofs? It’s no secret around town you’re the heiress to the Monroe Farm Equipment fortune, and you sold a huge ranch in Oklahoma your grandfather left you. Why on Earth did you buy a dump like this?”

Now he’d pissed her off. Charli might have more money than she’d ever dreamed of having. She might like to dress in designer clothes, but it was none of this jerk’s business which ranch she bought. Or why she wanted it. She had a business plan and a vision for the ranch; what else mattered? “I happen to like this place. It suits me better than the ranch I sold.”

“Is that so? Did you bring any equipment with you? A tractor, a planter, hay mower, baler, anything?”

He would bring up one of the stupidest things she’d done. Sighing, she admitted, “I sold the equipment with the ranch when I decided to leave Oklahoma. One more reason I need a manager.” Her cheeks burned. “When I sold the ranch after inheriting it, I didn’t intend to buy another.”

“Why did you buy another ranch?” He slid his gaze back to hers and peered at her as if he could read her every thought--but what had her swallowing hard was the spark of something hot in his eyes.

She tightened her arms in the hug she gave herself--a self-protecting, insecure gesture she’d acquired while she lived with her abusive lover in Las Vegas as a teenage runaway.

“Buying a ranch the size of this one isn’t something most folks just wake up and decide to do, Miss Monroe. A ten-thousand-acre spread takes commitment and dedication and is damned hard work.”

Yeah, she knew that.

He looked down at her multicolored Manolo Blahnik five-inch heeled slides. The ghost of a smile touched his lips again, but this time little crinkles formed at the corners of his eyes, which held a spark of interest she didn’t want.

Damn, he was good-looking. She squelched that notion like the roach she’d killed earlier in the house. Hadn’t her life with Ricardo taught her a handsome face meant nothing but trouble?

“I can’t imagine you stuffing those pampered and polished feet into rubber boots to muck around in the barn.”

Me, either. But she would if she had to.


Although Sara Walter Ellwood has long ago left the farm for the glamour of the big town, she draws on her experiences growing up on a small hobby farm in West Central Pennsylvania to write her contemporary westerns. She’s been married to her college sweetheart for over 20 years, and they have two teenagers and one very spoiled rescue cat named Penny. She longs to visit the places she writes about and jokes she’s a cowgirl at heart stuck in Pennsylvania suburbia. Sara Walter Ellwood is a multi-published and international Amazon bestselling author of the anthology set Cowboy Up. She also publishes paranormal romantic suspense under the pen name Cera duBois. /p> Author links:
Website | Blog | Facebook | Twitter | Goodreads 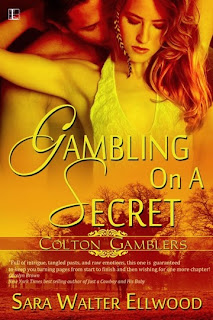