In the Rancher’s Care

Sharing an excerpt from Honorable Rancher by Barbara White Daille, which is available as a standalone book but has also just been re-released in the 2-in1 anthology In the Rancher’s Care.


Ben felt tempted to toss a coin into the fountain for a wish of his own—that for once, she'd let him make things easier for her. "There's such a thing as working too hard, you know."

"Ben, please." She gathered up her dress and stood. "I have to go inside. Tess will be tossing her bouquet soon. I wouldn't want to lose out on that."

A tear sparkled at the corner of her eye.

Missing the chance to catch a handful of flowers couldn't upset her that much. He knew what she really missed—having a husband by her side. Her husband.

But neither of them would have Paul back in their lives.

Before he could get to his feet, she left, running away like that princess in the fairytale his niece asked him to read to her over and over again.

No, not a princess. The one who took off without her glass slipper—Cinderella.

Dana was no Cinderella. She hadn't left a shoe behind. Hadn't even dropped a button from that pink dress as something for him to remember her by. As if he could ever forget her.

She'd been the heroine of a story he'd once created long ago, a story he'd had to write in his head because he hadn't yet known how to spell all the words.

How did it go? Like in his niece's storybook...

Once upon a time, that was it.

Once upon a time, in the Land of Enchantment—otherwise known as the state of New Mexico—Benjamin Franklin Sawyer had high hopes and a huge crush on the girl who sat one desk over from him in their classroom every day.

No other girl in town, Ben felt sure, could beat Dana Smith, and most likely no other woman in the world could compare to her, either. In any case, without a doubt, she was the cutest of all his female friends in their kindergarten classroom.

Unfortunately, when the teacher moved his best friend, Paul Wright, to the desk on the other side of Dana's, Ben saw his hopes dashed. 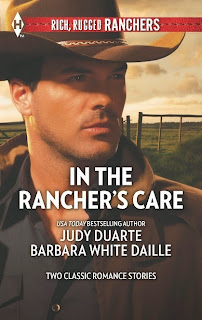 The crush, however, continued. For a good long while.

As for Benjamin Franklin Sawyer's hopes...

Well, not every story had a happy ending.


Dana Wright has to shut Ben Sawyer out. She wants him—so much—but if she gives in, she might spill her secret, and the betrayal will hurt everyone she cares about—including her children and Ben. She'll do anything to protect them from knowing the truth about her late husband—even give up her second chance at happiness.


Barbara White Daille lives with her husband in the sunny Southwest. Though they love the warm winters and the lizards in their front yard, they haven’t gotten used to the scorpions in the bathroom.

When she was very young, Barbara learned from her mom about the storytelling magic in books—and she’s been hooked ever since. She hopes you will enjoy reading her books and will find your own magic in them!

In the Rancher’s Care is a 2-in-1 anthology reissue that includes her full-length Flagman’s Folly novel, Honorable Rancher. Upcoming is a brand-new series, The Hitching Post Hotel, about a matchmaking grandpa determined to see his three granddaughters wed. The series debuts in April 2015 with The Cowboy’s Little Surprise, followed by A Rancher of Her Own in July and a third as-yet-untitled book in December. 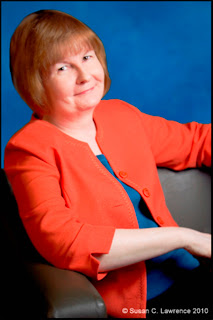 Thanks for hosting me today, Chris!

Readers, feel free to say hi or leave a comment/question.