A Dose of Danger by Kim McMahill


“Until what?” Grace screamed into the receiver, which was now dead.

Blue bolted from his position curled up in front of the fire, teeth bared, hair standing on the back of his neck, a low growl resonating from deep in his chest. Aussie joined in, and the two dogs’ reactions sent terror through Grace’s mind.

Hanging up the phone, she raced to the window and froze at the sight of headlights approaching the house. She prayed it was Logan, but after Sheriff Harris’s call she knew it was only wishful thinking. Grace grabbed the shotgun, and pulling the curtain back just a fraction, she peeked outside and waited for what felt like an eternity.

With the headlights shining directly at the house, she couldn’t determine anything about the vehicle, its make, or the number and identity of its occupants.

Grace’s mind raced through the possibilities, trying to determine the smartest course of action. What could she do? No landline and no cell reception…she was on her own. She could try to text someone, but doubted she had the time or that her trembling fingers could navigate the tiny keyboard.

She had a double-barreled shotgun, but that gave her only two shots before she’d have to reload. Aussie and Blue were ready to battle, but they weren’t trained guard dogs, just loyal. She had no intention of putting them in danger. She tried to rationalize the situation and not overreact. The vehicle might belong to a neighbor, a scared and lost traveler, or as far as she could see from her location, Logan.

The engine was silenced, but the headlights remained on, shining in the window, nearly blinding her. Grace focused on the scene, and after several moments a person stumbled out of the vehicle, a parka’s hood covering all identifying features. 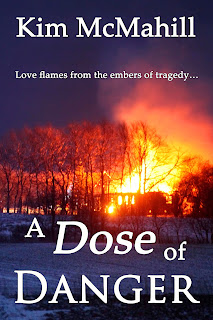 As the lone figure slowly approached, Grace decided the most prudent action would be to keep her visitor at a distance until she determined his or her intent. She ordered the dogs to stay, and cracked the door just enough to wedge half her body and the shotgun into view.

“Stop right there. Don’t take another step, or I’ll blow you back to where you came from!” She was surprised at how steady, strong, and convincing her voice sounded as her knees threatened to buckle.


Kim McMahill grew up in Wyoming, which is where she developed her sense of adventure and love of the outdoors. She started out writing non-fiction, but her passion for exotic world travel, outrageous adventures, stories of survival, and happily-ever-after endings soon drew her into a world of romantic suspense. Along with writing adventure novels Kim has also published over eighty travel and geographic articles, and contributed to a travel anthology and cookbook. When not writing, Kim enjoys gardening, travelling, and spending time with family.


When researcher Grace Talbot and her team discover a possible solution for weight loss they become targets of a group dedicated to controlling the multi-billion dollar a year diet-product industry. Her unsanctioned testing methods bring tragedy to the family ranch, and the attention of the local sheriff’s deputy. With her colleagues either dead, missing, or on the run she soon realizes she must trust the deputy with her life, but can she trust him with her heart? 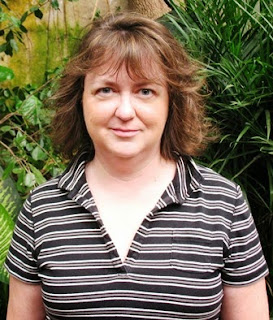