Cody started the truck, and the truck lurched forward and hit a pothole so the baby alpaca’s head bounced on the seat beside me. “Oh, baby,” I cried and cradled the little neck in my arms. I held the tiny oxygen mask to his face and stroked his perfect little ears. I concentrated so fully on the cria that I didn’t notice Cody’s dark eyes glaring at the road.

Oregon State University had one of the few alpaca and llama veterinary programs in the country, and we were to be only a half-hour drive away. I didn’t feel so lucky when I finally realized that Cody wasn’t driving fast only because he was concerned about the sick cria breathing wetly in my lap.

He hadn’t said anything since we’d left the barn. I replayed the events leading up to me sitting in the hostile air of the truck. 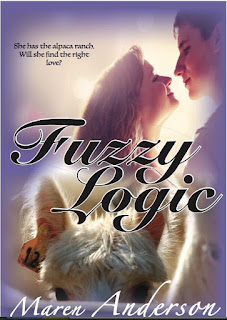 My heart sank when I remembered the image of Evan in my frilly pink robe holding coffee in my driveway.

“Cody?” I said when I couldn’t stand the silence any longer. “Are you mad?”

He glanced at me, his eyes flashing. “Why would I be mad?” he growled.

“He just kind of showed up last night,” I said.

“I just want to tell you that I’ve been thinking about you, us—”

“And he just showed up and spent the night last night. I hear you.” Cody swung around a corner so forcefully that I gathered the cria more tightly into my arms to keep it from sliding.

“But you’re not ready to let him go, either,” Cody said. Pain was sharp in his voice.

“Please,” I said. “Give me whatever time limit you want. I’ll follow it. But let me figure this out in my own way until then.” I was afraid to touch him, so I clutched the baby animal to my chest and hoped.

He looked at me hard again, but his eyes softened before he looked back at the road. He made a turn into a parking lot and turned off the key. He turned to me and looked into my eyes. “A week,” he said. “One torturous week, and I’m done.”

I nodded, afraid breathing would break this reprieve. 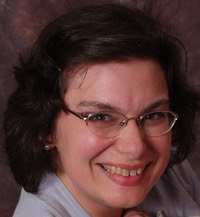 
She thinks moving to a ranch will lead to the simple life she craves, but the countryside has other ideas…

After divorcing her unfaithful husband, Meg Taylor buys an alpaca ranch to finally do something on her own. Almost as soon as she arrives, she meets not one, but two, handsome—and baffling—men. She thinks choosing between the shy veterinarian and her charming securities co-worker is her biggest problem, until life and death on the ranch make her re-evaluate more than her love life. At least her new life is nothing like her old one.


Maren Anderson is a writer, teacher, and alpaca rancher who lives in rural Oregon. She writes while her children are at school and spends the rest of her time scooping alpaca poop, knitting, playing with her family, reading, and watching cartoons and nature programs on television. She teaches literature and composition at a local college and novel writing to eager, budding writers. If you want to know more about Anderson’s writing, novel classes, or alpacas, contact her via Facebook, onTwitter (@marenster), or at http://www.marens.com.