Samantha Dixon rescues a wounded wolf shifter in the woods near her home … and unwittingly gets drawn into a dangerous game of cat and mouse with a murderer. Callum Blake is on the trail of an evil man who would be king of all wolf kind, no matter the cost … it’s up to Callum to stop him. How can Callum fulfill his duty to protect his pack and save the woman who is destined to be his mate? 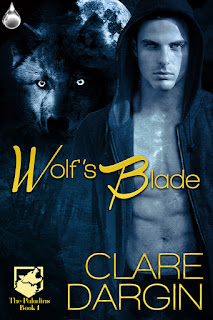 He concentrated on Samantha. He’d never seen a woman as gorgeous as she. Her howl stated she was in search of mate, but surely a woman as beautiful as she would have suitors falling over themselves to have her. No male wolf in his right mind would pass up someone like her.

“Have you been mated before?” he asked in a subtle attempt to find out about her past or present relationship. All he wanted to really know was if he had competition.

“I was but he died,” she said softly. “A casualty of the war between us and a neighboring pack.”
She bit her lip and wiped the corners of her eyes.

“I’m sorry for your loss.” His heart went out for her. Losing someone you love was rough and for it to be a mate made it even harder. Shifters when they mated were bound together by a special bond, and when it broke because of the other’s death it was like losing half of their soul. He never had that type of connection before, still, he could imagine the type of pain such a loss would inflict on the surviving mate.

She stood and began to straighten up the bed. “Not half as sorry as I am.”

“I don’t understand,” he said.

“If you don’t mind, I’d rather not talk about it.”

She smiled weakly. “I know. I’m sorry if I sounded snippy. It’s just that things have been rough lately and I’ve been stressed.” She waved her hand as she turned to leave. “That’s not important right now. You need to get well.”

“Please don’t go.” Just having her near soothed him. She was cute, feminine, and wore a timid expression that hinted at the suffering she had endured. Even though he had only known her for a short time, he already wanted to be her shield, protecting her from any harm that would come her way. He wanted to hold her in his arms and feel her body against his. Something in her challenged him to be more than just a warrior. Ever since her howl in the night, his soul had been on fire for her.

For a Chance to win Two Prizes! 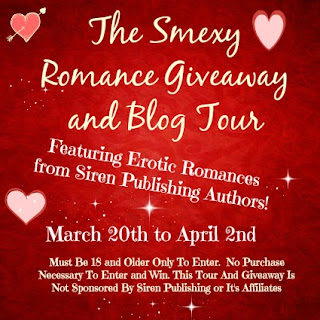 Thanks and Happy Reading!