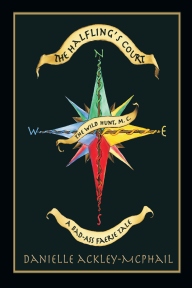 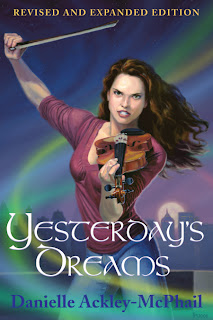 Author Bio
Danielle Ackley-McPhail has worked both sides of the publishing industry for over sixteen years. Her works include Yesterday's Dreams, Tomorrow's Memories, and The Halfling’s Court: A Bad-Ass Faerie Tale, and the non-fiction writers guide, The Literary Handyman. She edited the Bad-Ass Faeries anthology series, and Dragon’s Lure, and has contributed to numerous other anthologies.

She is a member of The Horror Writers, the NJ Authors Network, and Broad Universe. She can be found on LiveJournal (damcphail, lit_handyman), Facebook (Danielle Ackley-McPhail), and Twitter (DMcPhail). To learn more, visit www.sidhenadaire.com or www.badassfaeries.com.
Book Blurb
Success in publishing is equal parts skill, determination, knowledge, and pure, dumb luck. If you have the drive, and you have the skill, but you're missing that little bit of insight into the industry, this book might just be the edge you're looking for.
(For the luck...you're on your own.)
Crack the cover to learn more about effective dialogue, the difference between the major publishers and small press, self-promoting, naming characters, avoiding procrastination... and so many other demons that haunt the aspiring author.
Also includes a series of writing exercises to help you to apply the information gained in the book.
Posted by Chris Redding at 11:55 PM