Author Bio: Vonnie Winslow Crist is a contributor to Faerie Magazine, a columnist for Harford's Heart Magazine, an illustrator for The Vegetarian Journal, and editor of The Gunpowder Review. Her fantasy short story collection, The Greener Forest, in which the world of Faerie mingles with our workaday world, was published in 2011 by Cold Moon Press: http://coldmoonpress.com/quickbuy.html Her award-winning fiction has appeared in Dragon's Lure, Tales of the Talisman, Shelter of Daylight, Cemetery Moon, While the Morning Stars Sing, Dia de los Muertos, Potter's Field 4,Sideshow 2, and elsewhere. You can find her at: http:vonniewinslowcrist.com& http://vonniewinslowcrist.wordpress.com 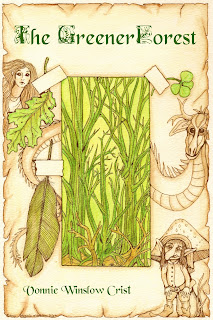 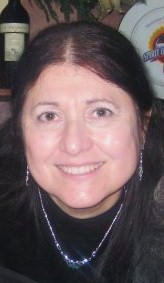 Book Blurb: In The Greener Forest anything is possible. Silver maples sing in angel-song. Spriggans skulk about cypress knees and wreak havoc at an amusement park. The Applehead Lady's true identity is revealed by moonlight. A scarecrow finds true love in an ash grove. And a wayward beech tree sends a woman into the arms of a kindhearted giant. These stories and more lead the reader into the places where Faerie and the everyday world collide. Discover that all is not what it seems at first glance, and wondrous things still happen in The .
http://coldmoonpress.com/quickbuy.html  or your readers can go to Amazon: http://tinyurl.com/Greener-Forest-VW-Crist-Amazon
Vonnie
Posted by Chris Redding at 12:01 AM

Interesting interview. Thanks for posting it.