High above the town of Ensenada, Raul Vignaroli pushes open the heavy door of his home to the hush of the air conditioner and the faint sound of children laughing. At the drop of his keys onto the entry table, a woman calls, “¡Cena, querido!”
“Yes, my love, dinner. I’ll be right there.” But instead, he detours away from the light where children laugh and his wife’s voice echoes in his head and stumbles for his bathroom and a shower. 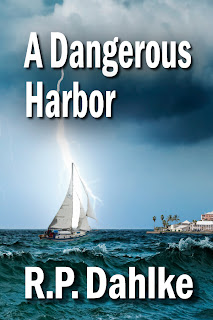 Eventually, with towel wrapped around his waist, he rubs the steam off the mirror and faces the dour face and shadowed eyes. His thick black hair curls wetly around his ears, indicating a much needed haircut. He rubs a hand over the stubble on his chin, then fingers the shaving cream, considering… and he hears her voice calling again, “Dinner, my love!”
He curses loudly and explodes, tossing the can across the room. Then he lowers his head, smoothers his frustration in a cold wet face cloth, and dips down to pick up the can, replacing it back in line with the other toiletries. Turning each label to the front as if they were tin soldiers in the fight against unruly beards and sweaty armpits and a life that extends no farther than the walls of this house.
The ongoing argument with his sister was finally beginning to wear on five years of denial. She’d told him it was madness to remain in this crazy house, and crazier still to keep a grieving, featherless parrot.
“¡Cena querido!”
But then, how else would he ever hear their voices again?
A DANGEROUS HARBOR: romance/mystery & a bald parrot now @KINDLE: http://amzn.to/uWzIUl
Good Reads: http://www.goodreads.com/book/show/12996659-a-dangerous-harbor
http://www.barnesandnoble.com/s/a-dangerous-harbor?keyword=a+dangerous+harbor&store=ebook
Amazon link: http://www.amazon.com/A-DANGEROUS-HARBOR-ebook/dp/B0062D4GM2/ref=sr_1_4?s=books&ie=UTF8&qid=1320274565&sr=1-4

A mermaid, a bald parrot, the past she'd hoped to leave behind and perhaps the love of her life… all in A Dangerous Harbor. http://amzn.to/uWzIUl 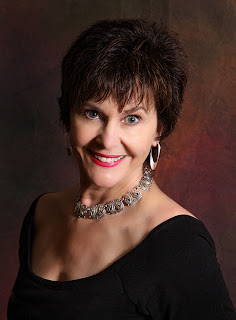 Biography for A Dangerous Harbor
This book was the result of several years in Ensenada,Mexico  aboard our cutter rigged Hylas 47 sailboat. Ensenada is, as most California sailors know, first port of call into Baja, Mx after San Diego. Most of the town is clustered around the harbor where working marinas like Baja Naval still service American boaters.
I found this sleepy little town to be fascinating, full of endless stories, with a culture that was, and still is, struggling to gain a foothold in the 21st Century. The irony is that I started this book ten years ago, based on a local news story, which at the time was staggering in its brutality. This story is no longer unique as the Mexican Cartels daily murder with impunity. But, just as the cartels are not all that is Mexico, this story isn’t all about them, it’s about what happens when you try to run away from your problems and it’s about Americans, the ones passing through and the ones stuck in A Dangerous Harbor.
To read more about me and the books I write, you can find me at the following places:  Amazon/Kindle: RP Dahlke: http://tinyurl.com/6hdg3bf
FaceBook: http://www.facebook.com/RPDahlke
Twitter: rpdahlke
Website: www.rpdhalke.com