I wrote my first novel when I was nine, a chapter a day to entertain classmates, with pencil on construction paper. But I didn’t consider myself a writer until my first newspaper reporting job the year I graduated from college. News reporting is the most demanding form of writing because you usually don’t have time to rewrite. 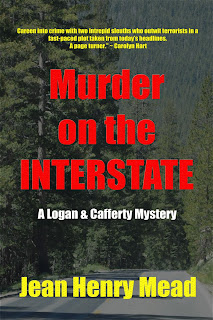 I’ve always loved mysteries and I read newspapes as a child in because I had a morbid curiosity about crime. It both repelled and attracted me. I later worked as a police and border patrol reporter in .

I’m definitely a pantser writer. I always outline a nonfiction book, but never a novel. I sit down at the computer with a vague idea of what’s going to happen and tune into my characters’ conversations. I then type as fast as I can to keep up with them. I’m far enough along in my Logan & Cafferty series to think of my two protagonists as old friends.

I was driving our 38 ft. motorhome along a northern highway one night in the rain, listening to truckers on my CB radio when I thought I saw a car off the side of the mountain road. I imagined a murdered young woman in the car and it gave me cold chills, so I decided to write about it. I had listened to the truckers long enough to pick up on their jargon and that provided a lot of humor for the plot, plus a woman trucker by the name of “Big Ruby McCurdy,” who rescues my two amateur sleuths after the killer disables their motorhome. She evolved from a woman trucker I later interviewed although she looked and sounded nothing like Big Ruby.

There are always obstacles. I didn’t begin writing the book (my third in the Logan & Cafferty series) until we returned to , although I wrote plenty of notes. I then had to conduct considerable long distance research about , the kidnap capital; terrorists coming across the border with Mexican nationals, a bridge on an Indian Reservation south of Scotsdale, where chemical spills take place, etc. The Internet provides a lot of wonderful research material, especially MapQuest and out of town newspapers. So I didn’t have to return to or for further research.

Escape on the Wind, later republished as Escape, a Historical Novel required years of research and yes, I had an agent who didn’t sell it, so I sold it  myself. It’s been published by three different publishers over the years and has outsold all my other novels.

I received over a dozen rejections when I was attempting to write short stories, but I sold my first book, a nonfiction book of interviews first time out—nonfiction has always been easier to sell than fiction and I had worked as a news reporter for eight years. I then sold four more nonfiction books before I attempted to write a novel, which I sold first time out.

Place your “finished” manuscript in a drawer for a few weeks to a month, then take it out and read it as though someone else had written it. Edit and polish it again before you send it to a publisher.
What do you consider your strengths in terms of your writing?
I’m fortunate to have a good ear for dialogue and speech patterns, and I enjoy recording  my characters’ conversations. I’ve lived on both coasts and seven states in between and I’ve always acquired the local accent while I’ve live there. An important part of fiction writing is to vary each character’s speech pattern so that no one sounds alike.

I write fast, a habit I acquired as a news reporter and when I become bored, I switch to another manuscript that I’m working on. But I tend to spend far too much time social networking, which eats up the time I should be spending on research and writing. My New Year’s Resolution is write on a computer not connected to the Internet. J

I rise around six, sometimes earlier, and go directly to my computer in my pajamas. After I check my email and networking, I work until noon and a short lunch break, then go back to work until it’s time to prepare dinner, with a few short  time-outs for the laundry and  housework. I sometimes go back to work after dinner. I enjoy writing so it’s never a chore..
***
Author Bio: Jean Henry Mead has published 16 books, half of them novels. Her Logan & Cafferty  mystery/suspense series features two amateur  women sleuths traveling in their motorhome solving murders. Mead also writes the Hamilton Kids’ mysteries and is an award-winning photojournalist, with articles published nationally as well as abroad. 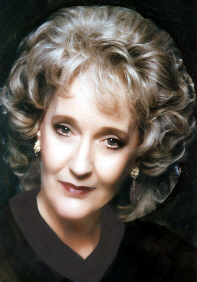 Book Blurb:
Dana Logan & Sarah Caffety are traveling a northern highway in a downpour when a Mercedes convertible goes off the mountain road. They find the body of a young woman shot to death in her car and the killer returns to disable their motorhome. A woman trucker comes to their rescue and the chase is on, which leads to a wreck, flash flood and kidnapping by homegrown terrorists. Humor and light romance are sprinkled amid the drama.
Posted by Chris Redding at 12:02 AM

Thanks for the invitation to appear on your blog site, Chris.