TRACKS: JOURNEYS IN TIME AND PLACE

By Genni Gunn
This particular excerpt comes from “Ouroboros,” a journey into my past as a musician travelling on the road. 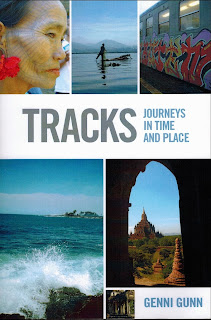 I have no photos, no film, no videos of the journeys during my twenties and early thirties, when I travelled ten to eleven months a year, crisscrossing Canada as a rock musician, on tour, as the agents called it. The words on tour conjure tall, air-conditioned buses with smoked windows, Internet access and on-board toilets; hotel rooms with impeccable sheets and starched pillowcases; windows with a view of the sea, or the mountains, or whatever; audio-guide visits to museums, art galleries and famous/infamous dead people’s homes. We were on the road, on hard grey asphalt from Vancouver to Newfoundland, though most often, our travels occurred in Western Canada: Vancouver, Kamloops, Kelowna, Vernon, Calgary, Red Deer, Edmonton, Grande Prairie, Fort St. John, Medicine Hat; some continued on to Swift Current, Saskatoon, Regina, Winnipeg; and others further still to Kapuskasing, North Bay, Toronto, Montreal, Fredericton, Saint John, Halifax, St. John’s, Corner Book.

Those twelve years on the road—the trips back and forth across the country—have become one long journey in memory, city to city, bar to bar, 624 weeks of setting up on Sunday, playing Monday to Saturday, tearing down Saturday night, driving, driving, driving to the next gig. Set up. Play. Tear down. Drive. Same venues, same people, same same. After the first few road trips, the novelty evaporated, and people ceased to be individuals, towns ceased to have names, dates ceased to exist. I was aware only of Sundays (when we set up) and Saturday nights (when we tore down and drove all night, all day, sometimes all night again).

I was the night driver. It was the best time, night: the silence, and everyone asleep. The road streamed before me, boundless and mysterious, to the edge of the forests, the gullies, the deserts and lakes, the Canadian landscape as varied and ominous as our musician life was repetitive and predictable: each night, we played till 2:00 a.m., then wound down for a couple of hours, slept till noon the next day, rehearsed all afternoon, ate at the cheapest salad bar in town, showered, dressed, and were on stage by 9:00 p.m. There was no time to hike or sightsee, to swim, see movies, attend barbeques and birthday parties. We barely noticed the life transpiring outside bars and taverns, caught as we were in a whirl of beer-stained carpets, burly bouncers, skimpily dressed waitresses, and drunken patrons, coloured lights softening the edges of everything …. 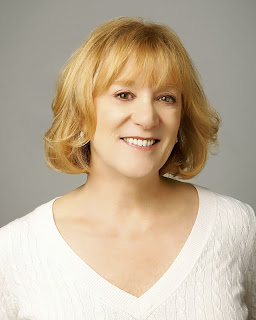 Upon a Time, two story collections, Hungers and On the Road, two poetry collections, Faceless and Mating in Captivity, and two poetry translations by Dacia Maraini from Italian, Traveling in the Gait of a Fox and Devour Me Too. She has also written an opera libretto, Alternate Visions (music by John Oliver). Her works have been translated into Italian, Dutch and Chinese, and her novel, Tracing Iris, has been made into a film.

She has been a finalist for the Commonwealth Prize, the Gerald Lampert Poetry Award, the John Glassco Translation award, the Premio Internationale Diego Valeri for Translation. Her most recent novel, Solitaria, was longlisted for the Giller Prize 2011.


All experience is an arch wherethrough Gleams that untravelled world, whose margin fades For ever and for ever when I move


Tracks is a compilation of personal travel essays that range across three continents, from Italy, where Genni Gunn was born and spent her early years, to Canada, Mexico, and through Asia, where she has travelled many times, both reconnecting with her sister and witnessing the emergence of new political realities in Myanmar. Journeys into the new and unknown also trigger the inner journey to the realm of memory. These pieces dig deep into personal territory, exploring the family ties of an unusually peripatetic family.

Posted by Chris Redding at 2:10 AM