Professional crisis manager Philippa Tannenbaum is spokesperson for the law enforcement task force charged with solving a high-profile case. She never dreams her position as Homecoming Pageant Director and her second-place finish in the previous year’s competition has placed her on a serial killer’s hit list. Always a runner-up in life, she wants to finally come in first at finding the killer targeting the current crop of beauties. 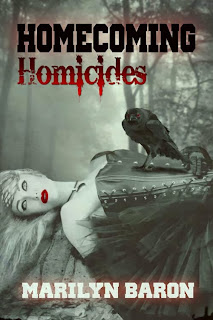 Her friend Luke Slaughter, a Graysville city cop, shows up at Philippa’s office, assigned to partner with her in solving the case and to protect her 24/7 for the duration. Unfortunately, he’s also the man she hooked up with for a one-night stand when she broke up with her fiancé. Working with her is going to be less than easy, for a number of reasons...


Her big opportunity was about to walk through the door, and she didn’t intend to blow it. No matter how much it cost her personally. She’d just have to suck it up and remember who she was now—a professional, with her own office and her own receptionist.

She’d hired Misty Waters away from DaVinci’s, the local pizza hangout next door to the nondescript, but affordable, campus police department annex. Hired her for her personality and her multitasking ability. She’d seen the girl juggle six tables of rowdy college kids without breaking a sweat or dropping a plate. She certainly hadn’t hired her for her fashion sense, which seemed to be based on the concept that “less is more.”

Flippy’s next order of business would be to persuade the ex-pizza tosser to upgrade her wardrobe and perhaps put on something more respectable and less receptive. True, Misty might be a little rough around the edges, but Flippy could spot potential, and the girl had it with a capital “P.”

Misty would be okay as long as she focused on answering the phone and not giving visitors “The Works”—a bird’s-eye view of her considerable toppings. Either way, she sincerely hoped hiring Misty Waters turned out to be a smart decision, because this case of murder and mayhem seemed to be spiraling out of control, and Flippy’s phone wouldn’t stop ringing.

As she looked up, Luke Slaughter backed into her office, magnificent butt first—his muscles straining under the weight of a large cardboard box. He turned to face her, while craning his neck back shamelessly in Misty’s direction. There was something vaguely familiar about the shape of the man’s butt. Or maybe it was that Dirty Harry-sized piece bulging out of his hip holster. Flippy tried to block out all thoughts about the night she’d just spent with Luke Slaughter. It wasn’t difficult to do, since she had been so hammered and intent on revenge against her serial cheating ex-fiancé, Jack Armstrong.

No doubt about it, the man looked good in a uniform. And out of it. And he was a warm body. Sufficient qualifications at the time for a revenge fuck. Flippy suppressed rogue thoughts of that night. A night that refused to stop flashing before her eyes. The only thing clear about that night was that it had been a big mistake. A mistake she’d never make again. 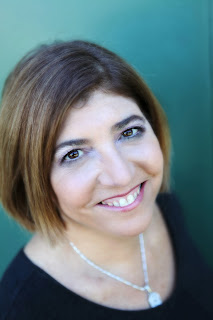 *The worldwide release of Homecoming Homicides (including the paperback version) will be May 9.

Visit Marilyn’s Web site to find out more about her books and social media contact information at www.marilynbaron.com

Note: Sixth Sense, Book One of the Psychic Crystal Mystery series, is available at http://amzn.com/B00ES5XUIM or in other formats at

Homecoming Homicides is now available in paperback on Amazon at http://www.amazon.com/Homecoming-Homicides-Marilyn-Baron/dp/1628301961/ref=tmm_pap_title_0?ie=UTF8&qid=1393246571&sr=8-1-spell
Marilyn Baron

Thanks, Carol. I loved the excerpt I read today of your post, too. I appreciate you visiting the blog.

Wow. It is March 13. Did I get lost in a vapor lock? Sorry, Marilyn. I am really looking forward to reading Homecoming Homicides!
Maxine Davis