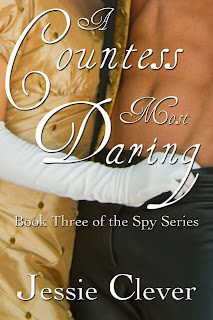 Jessie makes her home in the great state of New Hampshire where she lives with her husband and a very opinionated Basset Hound. For more, visit jessieclever.com.


Katharine Cavanaugh, the Countess of Stirling, has always lived according to the expectations of her heritage. American mercenary Matthew Thatcher has spent his life running away from every expectation he has for himself. But when their latest mission from the British War Office goes wrong, trapping them behind enemy lines, they must decide if they dare to realize the greatest expectation of all: the expectation of love.


Spies Kate Cavanaugh and Matthew Thatcher have just escaped a prison in Naples and are looking for a way out of the city and away from their pursuers.

Kate pressed against his back, her heart beating a tattoo into the muscles there. He felt a corresponding ripple in other parts of his body and swallowed to focus on the task at hand. They needed to get away from the prison and the authorities that had brought them there. They needed to find a place to hide until they could regain their composure and perhaps find some suitable clothes for Kate, even if she did make a fetching bar wench.

Thatcher looked quickly to his right at the cart that had just passed them as if the voice had come from the olives themselves. But knowing that could not be right, he looked up to the bench. A small, squat man, thick through the middle and thin at the limbs hovered like a forgotten presence on the worn bench of the rickety cart. Surely, it was him who had spoken the words, for in the bustle around them, no other person was close enough to utter such words with such clarity for Thatcher to hear.

And the man had spoken in English. 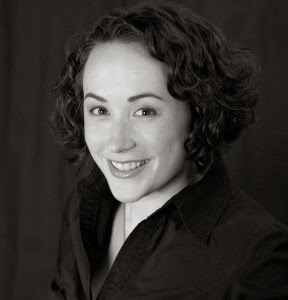 Thatcher turned long enough to scoop Kate into his arms, and together, he launched them into the back of the cart, landing precariously between the rows of olive crates. The cart lurched forward before his body settled onto the boards of the cart, and Kate’s unbelievable warmth came to rest against the full length of his body. He let out a rush of air that had nothing to do with escape and possible pursuit. It was a rush of pure male lust that exited his lungs and with it, his last hope of keeping his hands off of the woman who now lay sprawled across his body.

She struggled against him, likely trying to gain purchase and find a space for herself where there was none in the cart. Thatcher stilled her with his hands a little too far down on her hips, the tattered skirts of her costume having ridden up to her knees, trapping her legs between his. Her head came up, and he stared into hazel eyes, murky with a mystery he could not wait to solve.

“Better relax, my friend. I think we’re going for a ride,” he said, letting his hands slip just a little more down her hips.

And that was when he saw it. The flash of responding desire in those hazel depths that brought a corresponding flicker from his own awareness.

She may not know that she wanted him, but there, pressed against each other between crates of olives in a cart that was likely to collapse before safely rescuing them away from their captors, driven by a man they did not know and could possibly have nefarious connections, Matthew Thatcher knew that a lusty bar wench wanted him. And not just any lusty bar wench.

Katharine Cavanaugh, the Countess of Stirling.

And for the first time in days, he smiled.

Posted by Chris Redding at 6:49 AM

Jessie, your spy series is sensual and exciting, but I want to read the duck story.