How I Do My Research

Before I ever knew I’d be writing police procedurals, I lived in a neighborhood full of young police officers and their families. We all partied together and I had coffee with their wives and heard all the gossip.

My daughter married a brand new police officer and he always stopped by for coffee after his shift and told me what all that happened that night. He also told me details about crimes, details that didn’t appear in the news. Later he took me on a ride-along. I began taking notes and soon knew I had to write a book about some of this material.

We moved to another area and I went on three ride-alongs there. I had the opportunity to hear and see what went on in a small town. 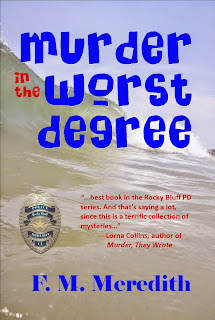 I kept on writing, and it wasn’t long before I was writing the Rocky Bluff P.D. series. I joined what was then called The Police Writers Club. Later it became what is now known as the Public Safety Writers Association. I was the program chair for their conference up until this year when I turned it over to someone younger. During that time I became good friends with many of the officers. This friendship has given me the opportunity to ask many questions and I’ve always gotten great answers.

Once I put on the PSWA listserve that I wanted a vice crime that was funny. Yes, I got a terrific one. The man who wrote me privately gave me all the details of a crime that was exactly the type I was looking for and went into the book I was writing. Of course I dedicated the book to him.

That doesn’t mean that my books are correct in every way. What I like to tell people is, “Rocky Bluff P.D. is my police department and I can do it the way I want.”

Though the bad guy always gets caught, I don’t continue on with the court and trials. I also don’t deal much with forensics as the department is small and most of their forensic evidence has to be sent off to a bigger department to be analyzed.

Though I always have at least one murder in my books, there are other crimes, and the focus is often on what is happening in the police officers’ personal lives and how that may be affecting the job.

That of course is a simplified version of my research.

Thank you, Chris, for hosting me today.

Blurb for the latest RBPD mystery, Murder in the Worst Degree: The body that washes up on the beach leads Detectives Milligan and Zachary on a murder investigation that includes the victim’s family members, his housekeeper, three long-time friends, and a mystery woman. 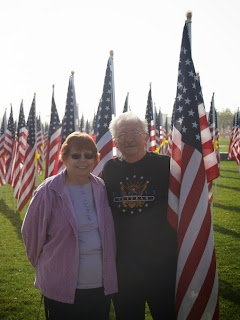 Bio: F. M. Meredith aka Marilyn Meredith is the author of over 35 published books. She enjoys writing about police officers and their families and how what happens on the job affects the family and vice versa. Having several members of her own family involved in law enforcement, as well as many friends, she’s witnessed some of this first-hand.


Once again I am offering the opportunity to have your name used for a character in a book if you comment on the most blogs during this tour for Murder in the Worst Degree.

You will find me tomorrow here: http://writerswhokill.blogspot.com/

Thank you so much, Chris, for hosting me today.

I think your comments were helpful. Doing ride alongs and talking to police officers is a good place to start.
JL Greger, author of medical thrillers - Ignore the Pain, Murder: A New WAy to Lose Weight, & Coming Flu, I

Thanks, Janet. Perhaps it will give some others ideas for research.

I appreciate that even with all that great research a story doesn't have to be "correct" in absolutely every way. It's helpful for new authors to hear we can do it our way, at least to an extent, because it's easy to get paralyzed by the fear of not being 100% correct, even in fiction. Thanks for more great sharing!

As a writer, we need to be convincing enough that our fiction sounds like the truth--but in the end you want to give the reader a few hours away from reality. Thanks for stopping by, Nancy.