Excerpt from 'The Nightclub'

Petra's eyes rolled upwards to scan her pink ceiling; she then glanced at her watch and swung her long legs over the side of the bed. Laura feared this was a prelude to being shown the door, but instead, Petra reached for a pack of cigarettes and pulled one out, offering the pack to Laura. She shook her head. 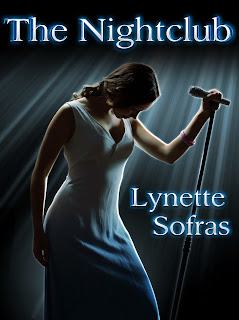 "No such thing as don't. At Ferriby's you do, even when you don't. Take one, just to get used to holding it." Petra lit her own cigarette from a vintage gold lighter with an art deco diamond inlay that she casually picked up from the side table. She proffered this to Laura. "Genuine vintage Cartier, worth a couple of grand; a little gift from one of my punters. I didn't smoke either, though I do now. You don't have to inhale, just know how to look as if you're used to it. The ciggies are a little income-booster. When Jeannie comes round, the punters usually buy you ciggies, then you can sell them back to her, or pass them on to your friends. Or keep them, if you take up the habit."

Bibi stretched out her hand eagerly, but Petra laughed again. "Not you, little skylark. Think what it would do to that wonderful voice of yours." She watched as Laura pulled a cigarette out from the packet and rolled it between her fingers. "OK, Ferriby's. When I first started there, it was one of the best nightclubs in town. That was when Guy Ferriby ran the place. It was high end and very elegant, frequented by the wealthy and famous. But then Guy died." Petra choked on a cough and stubbed out her cigarette in a large rose-pink ashtray. After another sip of her drink, she continued. "Very sad. After that his brother, Melvin took over. He had completely different ideas about the club, but not all bad. He just catered to a different crowd—and that made a lot of work for a whole new army of girls."

Laura looked at her, hoping for more, but Lily simply swung her slender frame from the bed and reached for a hand mirror to examine her face, her expression again doll-like and blank.

"The girls don't complain," Petra assured them. "And don't worry about Mel, his bark is far worse than his bite. He's a puppy dog really. So what do you think, Laura? Are you game?"


Trying to make a living for her teenage sister and herself, naïve Laura Hamilton accepts a job offer as a hostess at an infamous nightclub. As she struggles to survive in a world of sex, drugs and corruption, she certainly doesn't expect to find her own knight in shining armour in the club's owner, Julian. But will he really save her from a future as a fallen woman? And is he involved in the criminal organisation that threatens not only her sister's life, but will change her own fate forever? 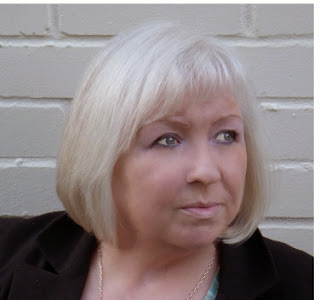 A former teacher, Lynette gave up her career in education a few years ago in order to focus on her writing and thus fulfil her childhood dream. She writes contemporary women's fiction, often involving romance with suspense or a supernatural twist. She claims 'Killing Jenna Crane', a romantic thriller and 'Unworkers' a modern ghost story/women's fiction are her personal favourites to date. Her latest release 'The Nightclub' is a romance packed with suspense. You can find more details of her novels on her website: http://www.lynettesofras.com or Amazon author page: http://www.amazon.com/Lynette-Sofras/e/B0084YQCD8/ref=ntt_athr_dp_pel_1

Thanks so much for featuring my new romantic suspense on your excellent blog, Chris. Hope your readers enjoy it.