Janet drove Danny and me to my cottage in Yorktown. Danny kept quiet during the ride. After we told Janet goodbye, and walked from the car to my front porch, I asked him, “Do you want to come in for a while? We can have a cup of coffee, and then I’ll drive you home.”

Danny nodded gratefully. Once in the house, I led us into the living room. I settled down in a comfortable cushioned chair, and Danny chose a spot on the sofa. He leaned forward, facing me, twisting his hands, but he didn’t say anything.

“Scott’s about eight years old. Has this come up before now?”

“No! No! I’m not the father. Myra never asked me for any help before.” Danny’s voice cracked; his tone reflected anguish. “See, I used to love her. Back in high school, she was my girl, and after graduation we kept on seeing each other. What spoiled it is she started telling me we ought to get married. She wouldn’t let it go, but I could never say yes. I lived with Grandma, didn’t have a job, and didn’t see how I could support Myra. Especially if we had kids! How could I take care of Myra and a kid?” 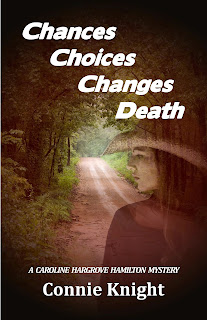 His face flushed; once again, he wiped it with his bandana. “I couldn’t find an answer to the problems about getting married. Finally, Myra broke up with me. A couple of weeks later, I found out why. She was going out with my best friend, Richard Hurst.”

“Richard was working on his daddy’s farm, and he could have married Myra. He could have supported a family. But he changed his mind.”

“He and Myra were going to get married, but Richard started to feel like it was a wrong thing to do. Like Myra belonged to me, his best friend, and he shouldn’t have taken her away.”

He looked at me to see if I understood, and I nodded at him.

“So he came to me and tried to apologize. I wouldn’t have none of it, and I told him so. The woman I loved, and my best friend—the two of them together broke my heart, and I didn’t want to see either of them ever again.” 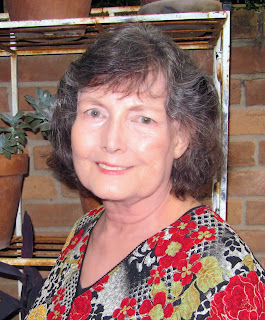 Connie Knight’s interest in Texas history is reflected in Cemetery Whites. Murders in 1875 and 2010 are solved, with the detective’s family history unraveling to reveal information. Knight’s hobby of gardening produced the title Cemetery Whites. The victim’s body is found sprawled in a patch of white irises in an old family cemetery. The flowers with that name still exist today, at old homesteads and in current gardens, including Connie Knight’s.

Connie Knight now lives in Houston and has just finished a second mystery, Chances Choices Changes Death, a sequel to Cemetery Whites. She is now working on her third mystery novel in the Caroline Hargrove Hamilton Mystery series.