Love in the Time of Zombies

Guess you never know. Who would have thought something as terrible as the zombie apocalypse would bring me something as wonderful as Seth Ripley?

Of course, the zombies got my mother and my father, and my husband, Carl. Pretty much, they got my whole family. Okay, my husband Carl had been an asshole so he was no great loss. Never could keep it in his pants, if I may be so crude. If he could’ve kept it in his pants, he may have kept that appendage altogether. But, it was the early days of the Z virus mutation and how could he know the hooker he took to the cheap by-the-hour motel had the sickness? I’m sure he didn’t realize anything until the woman chewed it off, to be honestly blunt. He never was a great one for paying attention during sex as it was. Oh, maybe in the early days of our marriage, but he’d changed in the last few years, just before the end of the world.

Five years of him spreading it far and wide to prove his virility and all I was left with was a one-sheet police report and a blurred photo of Carl with one between the opaque, dead eyes. The police had stopped trying to take sickies to the hospital a couple of weeks before. By the time Carl was attacked it was kill ‘em, identify ‘em, and burn ‘em in a pile. KIB was the order of the day. A few weeks after that and they skipped the identify part of the acronym too. A few weeks more and there weren’t enough police or bullets for the killing part either.

Six months had passed and the police were all gone, along with the military. Now it was survival of the fittest. Never in a million years would I have pictured myself; neglected society, trophy-wife, Emily Gray, in that category. Guess you never know. / 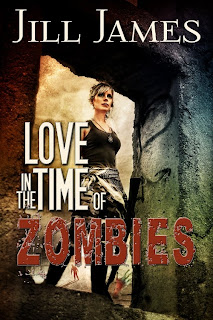 Jill James is a published author with The Wild Rose Press and now self-published. Her books are contemporary romance, paranormal romance, and urban fantasy romance. She lives in Northern California with her husband who is the inspiration behind all her romance novel heroes. J

ill has been a member of Romance Writers of America since 2004. She started her work career as an accountant but soon realized that books and writing were her passion. Her first published book, Tempting Adam with The Wild Rose Press was a combination of her love of romance novels and the golden era of Hollywood movies.

Her hobbies are writing and reading, not necessarily in that order.


Influenza swept the planet. In months, two billion were dead. In the decimated United States, President Andrew Thomas signed an Executive Order to spray the national food and water supply with a flu vaccine. It spread and mutated up the food chain. The infected craved the flesh of the living and the undead walked the earth.

Overnight, Emily Gray’s privileged world was ripped away. From pampered trophy wife to sharpshooter zombie hunter. From an elite address in San Francisco to the outskirts of an East Bay farm town. You never know what event will define you. The apocalypse showed Emily what she was truly capable of doing to survive.

Seth Ripley was a truck driver with simple dreams. Pay off his mortgage, not live paycheck to paycheck, and take care of his mom. The end of the world as he knew it stole all that away. His home and livelihood are gone and the only dream he has left is for his mother to awake from her diabetic coma brought on from the trials and tribulations of getting out of Oakland ahead of the horde of undead.

When surviving day to day is all you ask of life, love seems an unrealistic dream. Who would ever think that something as terrible as the zombie apocalypse could bring Seth and Emily something as wonderful as their other half, their soul mate, their true love?

Now all they have to do is survive death, destruction, and a madman who wants to control what is left of the world they knew. 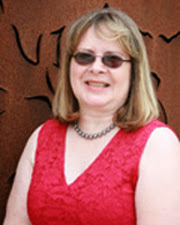 Chris, thanks for hosting me on your blog.