I always writers are born, not made, and at the very ripe age of 7, I knew I was going to be a writer. I had just received a picture based on my current movie obsession, Dick Tracy. It was the first picture book I read all on my own. That was the beginning of the end for me.

I’ve been professional writing for thirteen years, but as writing is in my nature, it’s more like forever.

I read voraciously as a child, and only when I began to understand how much books costs did I realize the predicament I put my parents in. I grew up in the sticks without a handy public library, so my dad’s solution was to buy boxes of books at auctions for $1. The boxes were always filled with romance novels, historical and contemporary. I fell in love with the books that I had available to me, and that was what determined what genres I’d write in.

I’m a huge plotter! The first present my husband ever gave me was a whiteboard for plotting. Talk about romance!

Keep writing. While you have one manuscript out on submission, get started on the next one. One may be rejected, but then you can always say, well, I have two more.

6. What authors do you admire?

I admire Diana Gabaldon for her tenacity at sticking with such a series and keeping it straight! I accidentally wrote a 5 book series, and I had definitely lost track of some things by the end of it.

There’s a lot of me in this book, and I don’t often get a chance to write about things I’ve encountered personally. I hope some of the aspects of the heroine’s character will help other women in similar situations.

8. What would you like to learn to do that you haven’t?

Play the drums! My grandfather was a drummer in a swing band in the ‘40s, and I was given his drumsticks. It’s only a matter of time…

Save the Cat. I tend to get sucked into analyzing movies, and they are a great learning tool for understanding aspects of writing. Cannot recommend Blake Snyder’s beat sheet enough.

I write on my couch covered in Basset hounds. I’m not kidding. They like to think they’re helping. 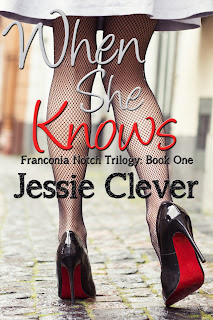 
His latest problem is her newest assignment.

Shannon Wynter has it all figured it. Abandoned by her mother and left to care for her agoraphobic father, Shannon focuses on building her career as a journalist to the detriment of all else including her love life.

Ian Darke has his own problems. Battling past failures, Ian sets his eyes on launching a new factory for his father’s defense firm. But it’s the very father he failed that will do anything to sabotage Ian’s progress.

And when Shannon follows an anonymous tip that leads her to Ian’s factory door, the last thing she expects to discover is what she already knows. 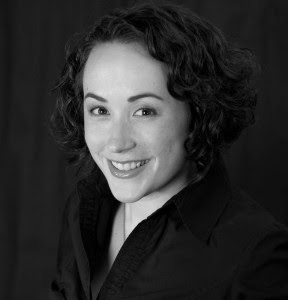 Jessie makes her home in the great state of New Hampshire where she lives with her husband and two very opinionated Basset Hounds. For more, visit her website at jessieclever.com.

Thank you for hosting me!