I live in New Mexico, and the Southwest inspires my work, as I bring suspense with a dose of romance to the land I love. Here are some of my favorite spots - heavy on the adventure.

Socorro: For most people, this town in the middle of the state is mainly a rest stop between Albuquerque and El Paso, except in October/November when huge flocks of cranes and snow geese fly in to the Bosque del Apache National Wildlife Refuge: http://www.friendsofthebosque.org/. But as a local, I know the special sites nearby. Hikes can take you out in the desert or up to the mountains, visiting native petroglyphs or hunting for fossils. Hundreds of rock climbing routes provide adventures for anyone, beginners to experts. Plus, you have a good chance of seeing unusual wildlife, from roadrunners to foxes to great horned owls. 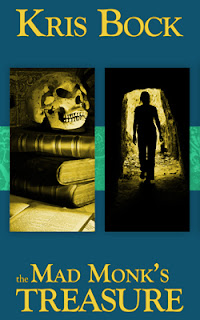 In my treasure hunting adventure, The Mad Monk’s Treasure, the heroine and her best friend hunt for the lost Victorio Peak treasure, a real Southwest legend about a heretic Spanish priest’s gold mine, made richer by the spoils of bandits and an Apache raider. I drew on personal experiences hiking in the desert for Erin and Camie’s adventures – though fortunately I’ve never stumbled on a rattlesnake nest or gotten caught in a flash flood!

Jemez Springs: This small town in the mountains of northwestern New Mexico is known for its hot springs. You can also visit the ruins of an old Spanish church; Soda Dam, a cool rock formation formed from the mineralized water flowing in the river; and Battleship Rock, so named because it resembles the prow of a battleship. (Pictures on my Pinterest page: http://www.pinterest.com/krisbockbooks/counterfeits-art-theft-romantic-suspense/.)

I’ve attended many writing retreats at a camp north of the town, and those experiences inspired Counterfeits. Of course, in the book, the site isn’t quite so relaxing. When Jenny inherits a children’s art camp, she discovers that her grandmother’s death might not have been an accident after all. The men who killed her grandmother are searching for stolen paintings, and they think Jenny and her old friend Rob, the camp cook, are involved. Doing research at a real camp tucked away in the woods, and hiking above Battleship Rock for a scene where Jenny gets lost, helped the setting feel realistic.

Hovenweep National Monument: http://www.nps.gov/hove/index.htm: This one is not actually in New Mexico, but it’s close. Located on the southern border between Colorado and Utah, these ruins once housed 2500 people between A.D. 1200 and 1300. It’s one of many sites left behind by the ancestral Puebloans, also known as the Anasazi. It’s a small site, but that’s part of its charm, as you can hike and camp without crowds.

In my romantic suspense Whispers in the Dark, my heroine is an archaeology Masters student working at the fictional “Lost Valley” monument, which is closely based on Hovenweep. The lonely location allows for an almost Gothic atmosphere – mysterious lights in the canyon, spooky moaning sounds, and plenty of people hiding secrets.

Lincoln County: What We Found is loosely based the mountain resort town of Ruidoso. The forested town at nearly 7000 feet elevation is not what most people probably imagine when they think of New Mexico. Yet it seemed like the perfect place for the story of Audra, a young woman who stumbles on a dead body in the woods. More than one person isn’t happy about her bringing the murder to light, and in a small town, it’s hard to avoid people who wish you ill.

What We Found was inspired by the true experience of finding a body, as I described in this blog post: http://www.krisbock.com/blog.htm?post=873063. I also spent time with a man who raises falcons and hawks (photos on my Pinterest page: http://www.pinterest.com/krisbockbooks/raptors-falcons-hawks-and-owls/), and that comes into play in the story. It’s real-life adventures like these, both good and bad, that make New Mexico a great place for a writer! 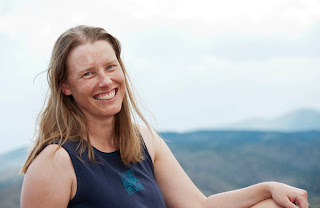 Kris Bock writes novels of suspense and romance involving outdoor adventures and Southwestern landscapes. In Counterfeits, stolen Rembrandt paintings bring danger to a small New Mexico town. Whispers in the Dark features archaeology and intrigue among ancient Southwest ruins. What We Found is a mystery with strong romantic elements about a young woman who finds a murder victim in the woods. The Mad Monk’s Treasure follows the hunt for a long-lost treasure in the New Mexico desert. In The Dead Man’s Treasure, estranged relatives compete to reach a buried treasure by following a series of complex clues. Read excerpts at www.krisbock.com or visit her Amazon page. Read excerpts at www.krisbock.com, visit her Amazon page: http://www.amazon.com/Kris-Bock/e/B006WV4I5O/, or sign up for the Kris Bock newsletter: http://eepurl.com/5Dd_f.