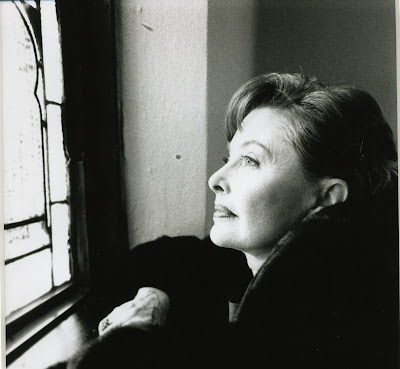 Today I welcome Jennie Helderman to by my guest. I put her under the microscope to see what secrets of hers she will give up.

Jennie Helderman was born into a story-telling family in north Alabama too long ago and she’ll never have time to write all the stories swimming in her head, like when her cousin died and his wife had the Mrs. and the burial policy but the one-legged woman had the body. Or about driving her mother and a coconut cake to the family reunion in a cow pasture in south Alabama.
1. How long have you been writing?

All my life and I'm not saying how long that is. I wrote and produced a play when I was ten. My playmates and I threaded a wire through an old Army blanket and strung it over the garage for a curtain and the neighbors sat on lawn chairs in the driveway. One was the society editor for the local paper, so the play got a review---a good one, if I remember.

2. What drew you to write The Sycamore Tree?

I was working with Rick Bragg on a magazine article---1500 words and a two-week deadline---when I stumbled onto the story. The 1500 words grew to 90,000 and two weeks expanded to four years.

The book tells the story of Ginger, who escaped the isolation and poverty of a cabin hidden in the woods, and Mike, who abused her and would do it all over again. It's something like living in The Glass Castle while Sleeping With the Enemy.

Abuse takes many forms; it's not all physical. Even poverty can be abuse when it allows one person to control another. Ginger had no money, not even to buy sanitary pads. While she was ripping up rags to use, Mike bought a Jet Ski. With his disability check. He controlled the money, the mail, Ginger's hair. And then he claimed to control Ginger's access to God.

There's loss, betrayal, redemption, even humor. But the book is really about the legacy of abuse and bringing it to an end. It can end. People can change. The book offers hope and a happy ending. Ginger is amazing. She came out of the woods and into the court system, now a polished professional woman.

4. What do I want the reader to come away with after reading the book?
A deep feeling for the people in the book. Over and above anything about abuse, loss and control, I'd like the reader to be touched by these people, and that includes Mike. Ginger believes there's something inside each of us—a piece of humanity, a soul, something---that gives us hope and allows us to change. I'd like the reader to glimpse that piece of humanity in Ginger and Mike and perhaps in all of us.
5. The book raises lots of issues about men, women, beliefs, etc. Talk about one of them.
I'll jump on the most controversial, and the most timely, the role religion plays. Wrap religion around an issue and it takes on a double whammy. Religion has power and power can control. Doesn't have to but it can. And abuse is about control.
Do faiths that teach women to be submissive foster abuse? You bet, in my opinion. Just look at the Mideast for the most extreme examples. But what about in the U.S.? Yes again, but less now than in the past. Women used to promise to love and obey in the wedding ceremony. Some churches counsel women to stay in an abusive marriage and pray harder. I say double-time it to a safe place and then say a prayer of thanks for getting out.
6. Were you ever afraid when you were with Mike?
I'd hate to see what would happen if Mike couldn't have his cigarettes and coffee, but no, I was never afraid of him. I was careful to meet with him in public places at first, like the Waffle House. But its rattles and clangs drove us to quieter and more private places. He was never threatening with me. I never felt uncomfortable. Maybe I should have. But I never met with him that someone didn't know where I was and when to start looking for me.
7. Your book doesn't have a publisher yet. What are its prospects?
Everybody out there, please cross your fingers. Right now two agents are looking it over. One had already read the first chapters and he asked for it all. But doors that crack open can slam shut. I'm no stranger to rejections and if/when they come, I'll ship it out again. It will see print. I can't say when, but it will.
8. What comes next?
A tummy tuck, if I push John Grisham aside taking my money to the bank. As for my next book, I left a historical novel on the back burner to write The Sycamore Tree, so back to that. But the book I'm waiting to write is about family and funerals. Like driving my mother and a coconut cake to a family reunion in a cow pasture in south Alabama. Or, the funeral of my cousin who was having an affair with a one-legged woman. When he died, his wife had the Mrs. title and the burial insurance but the one-legged woman had the body. I can't tell the end yet. Still a few funerals away from airing the family dirty laundry.
9. What would you like to learn that you haven't?
To speak Spanish.
10. What place that you haven't visited would you like to go?
Somewhere tourists don't go. I like to get off the beaten path. I'm fortunate that I've been lots of places. And I've always liked to walk when I traveled. I learned why a few years ago. I walked 125 miles across northern Spain on the camino de Santiago de Compestella. Planting my feet on the soil connects me in a very solid and spiritual way with the earth and the people. Seeing a place at eye level is different from looking out a car or tour bus window. On the camino, I felt the connection reach back to all the pilgrims who walked that path over the past 1300 years, a very real sensation of history, purpose and continuity. It was a good feeling and I treasure it.
Unlike Shirley MacLaine, who wrote a book about walking the same paths, I didn't meet or have sex with Charlemagne. A man that old? Come on.

Sounds like an interesting story - hope it finds a publisher.
Metteline Myhre
Norway

I have read much of The Sycamore Tree. The writing is superb, the story is compelling, and much could be learned from the journey Ginger took to become a vibrant, joyous, happy woman. I recommend it!

We tend to think of abuse as physical, thanks for telling readers that abuse can take many forms - financial, verbal and religious. Your book sounds like an interesting read.

I hope this important book finds a publisher - and soon! I look forward to reading more from Jennie.

I would really like to read more of Sycamore Tree. Someone out there needs to publish it.

You have some interesting ideas. You should be able to get the book published. I agree with you about religion. In the early 90s, I attended a wedding. Southern Baptist. The preacher went on and on about the woman obeying her husband until I was ready to shove the Bible down his throat. I was shocked that the bride allowed it.

I have read much of this book in its formative stages, and it haunts me in many ways. Ginger could be any one of us under similar circumstances. It's the universal truths that give this book its strength. It's a book begging to be read. it will help so many to understand what it's like to live with an addictive person, which is so hard to explain to an outsider. Best of luck, Jennie!

I can't wait to read the book,and I'm so looking forward to the next one as I'm one of the lucky ones who grew up listening to these fascinating stories! Congrats Jennie!

This was a great article. I had a friend whose husband was abusive. I was most shocked that he wouldn't give her money for sanitary pads, either, and she had to use rags.

A fascinating story that needs to be published. I enjoyed the author interview!

To Anthology Authors: In the early '90s? I think "obey" was fairly commonplace then.

What Ginger and Mike encountered was extreme. They had each been married previously, had a toddler and Ginger was pregnant again. The church enticed Mike to join, baptized him and within the week demanded he and Ginger get a divorce because they were in a sinful relationship. The remarriage was the offense.

To Fi in England--

I don't know any Spanish, so no, I don't read Spanish lit. Wish I could. Fortunately I walked the camino with five other women who spoke Spanish. Wrote a magazine article about it, have a story in my head that hasn't come to paper yet. A night at a quasi-Christian-Celtic jumping-the-fire-at-midnight celebration with some sort of homebrew and then being chased through medieval streets by futuristic pyrotechnic warriors---an adventure!

I think there might be something deep in the psyche of an abuser that makes him abuse in intimate ways, such as your friend's and Ginger's with the sanitary pads and pinching on the breast as Mike did.

Would be interesting for a psychologist to look into that.

Jennie Helderman must be an amazing woman. Any publisher would be fortunate to publish her works. I can't wait to read The Sycamore Tree.

What Ginger and Mike's church demanded was ungodly, in my opinion. But that was one small congregation, not the denomination as a whole or religion in general.

Also, let me credit Shannon Wells for my photo.

Enjoyed Jennie's interview and look forward to her book being published! Jennie gives me hope that one day when my little girls are grown up, I'll find the time and inspiration to write the stories floating around in my head!

I hope it finds a publisher too! I'm especially interested in you pursuing the story of pushing Grisham out of the way for a tummy tuck! That is a fabulous photograph of Jennie.

Can't wait to read this.

In a world where we often hear about the defeat of the abused it is great to read about someone who had the courage to get out (and succeed) as well as the courage to relive her past for the author so we can all benefit.

I admire Ginger for her strength and Ms. Helderman for bringing us a well-written, heartfelt account of this woman's triumph over tragedy. Thanks, ladies! (And I look forward to hearing about the next project.)

You have a very controversial subject for your book and I wish you great success. Abuse is a definite control issue and it takes a strong person to break out. Look forward to reading your book.

I've put the book on order at Barnes and Noble - sounds fantastic!

Fantastic! That will be good news for a publisher.