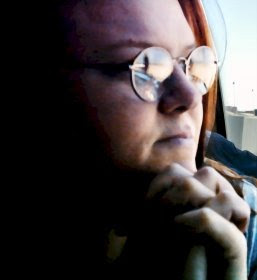 Welcome author J.W. Coffey to my blog today. A small round of applause please!
Love that cover, J.W.

Here's what I know about J.W
J. W. Coffey is a copyeditor and Book Editor for the site www.examiner.com/lexington. She is also the author of four books. Her latest is A Wager of Blood, published by LBF Books/Lachesis Publishing and available through any online or local bookstore.

And a lovely picture of you. So let's get started on this interview.

When did you know you wanted to be a writer?
When I was in junior high school. I loved to make up stories in my head and watch them play out. I loved to tell stories even then. And Lord knows I was constantly reading. But the actual writing part came in one of my English classes when we were asked to write a fairy tale. A small contest for the class; and I won. That’s when I started writing them all down. That’s when I knew.

How did you pick the genre you write in?
That’s part of my problem. I don’t pick the genre, the story does. I’ve yet to write in the same genre twice. Not because I can’t pick one but because the stories have been so diverse. The first book I wrote was a cross genre of historical fiction, fantasy, and romance. The second was just straight historical fiction. The third was horror. The fourth was a short story collection that was all of the above. And the most current work that I’m in the rewrite stage of is a combination of romance/erotica. The story chooses for me. And I follow along.

Do you plot or do you write by the seat of your pants?
A little of both, actually. Writing, to me, is like a road trip. I like to know where I’m going and have a few salient points plotted out—not unlike choosing the routes you’ll take to your destination. But that doesn’t mean I can’t take a side trip or change my mind. I plot but that doesn’t mean I can’t find something that will fit or change the plot a bit.

What drew you to the subject of A Wager of Blood?
Ah yes, my little ghost story that grew. There were a couple of influences for this one. Part of the story came from an episode of Unsolved Mysteries about two women on an elevator in a building on a Civil War battlefield. The door opened onto a haunting of a hospital during the time of the war and was so real that both women were stunned into paralysis, caught in the act of stepping off the elevator. I’ve always been fascinated with that segment, always wondering . . . what would have happened if they’d actually stepped off that elevator in the middle of that? Would they have gone back in time? Would that haunting have just evaporated? What would have happened?

Describe your book.
Wager is my way of answering that question. A supposedly friendly game of dice sets off a murder in a Colonial Inn. By the time all is said and done, four people have burned to death in the inn and a man is left insane. Fast forward to the present day and four friends with a very real tie to that haunted inn . . . the scene of more murders that echo the past. To solve the murders of the past and the present, these friends will have to deal with some very literal and real personal demons. Which includes a haunted room . . . and stepping through the door.

What was the best writing advice someone gave you?
Best advice was given by Stephen King in his book, On Writing. Words to live by. Paraphrased, apply seat of pants to seat of chair and fingers to keyboard. If you want to be a writer, then sit down and write. Talking about it won’t get it done. Next best piece of advice was given to me at a book signing by Diana Gabaldon. She said—again, paraphrasing—don’t wait for the muse to visit or you’ll be waiting into your next lifetime. Write what you see in your head, don’t worry about being linear or grammatically correct—that’s what the rewrites are for. Just tell the story.

What’s your writing schedule?
Unfortunately, I have a day job—for now, she said with extreme confidence—which rather hinders my dream of writing full time. But I try to write at least an hour or so a day. And I do a great deal of writing on the weekend. You’d be surprised how much you can get done that way. I wrote Wager by hand at work during my breaks and lunch. I managed to get 5 – 6 typewritten pages done a day. And that was an hour and a half a day.

Where do you like to write? How do you set the scene?
I prefer to write at home where I can sit in my jammies and drink coffee or burn incense if I so choose. But that doesn’t always happen. I carry a notebook around with me to write in, for plot things, dialogue things, or story. And as far as setting the scene, it really depends. With my first book, The Savior, I played John Denver’s Farewell, Andromeda CD on a loop. With The Brothers Campbell, I had to have complete silence. But I do recommend turning the TV off. Major distraction there.

What authors do you admire?
Quite a few. Stephen King, Diana Gabaldon, J. K. Rowling, John Jakes, Lorrieann
Russell—all write great stories with real characters that live and breathe in the
stories. They write books that keep me spellbound and unable to put the books
down.

What other time period besides your own would you like to experience?
I’ve never really felt a part of the time I live in. If I could go back, it would be to the Italian Renaissance or Tudor England, Scotland, and Ireland. I’ve always feel akin to that period and those places.

It all began with an innocent game of dice. Before the night was over, four people were dead and a man was driven insane by his greed. The Thornton Inn is haunted by the sins of the past. One by one, four friends will face their demons . . . from the past to the present. Because when you dice with the devil, every toss is A Wager of Blood.

Thanks for stopping by today J.W.

Posted by Chris Redding at 6:23 AM

Interesting interview - the story about the elevator opening onto the Civil War Scene really appealed too - I'd love to know more about that one!