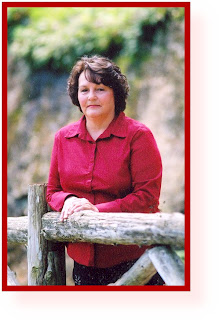 Patti Brooks brings us an excerpt from her latest release Fame & Deceit. Lots could be said about both of those.
Fame & Deceit is all about the power of a dream. Driven by his Olympian goal of achieving world class recognition, Ike Cherny blocks out the world. Except for an occasional pretty woman or two, he tries to turn a blind eye to the evil swirling around him.
Someone is secretly dumping toxic waste. Has Ike’s boss, Agosto Benalli cooked up a scheme to profit by burying toxic waste at Crowne Stable with Ike’s girl friend, Eugenia Jordan, (CT’s Commissioner of the Dept. of Environmental Protection) as Benalli’s cohort?
Someone is secretly killing Connecticut clergymen.
Who is terrorizing Connecticut’s clergymen? Is Eugenia is carrying out a sick vendetta because she believes her sister was raped and murdered at the hands of their minister? Or what about Harriet Stilton with an embedded hatred of clergymen for what one did to her son?
Ike moves from the arms of cuddly Lisa Danzig after she is caught poisoning Ike’s horses, to 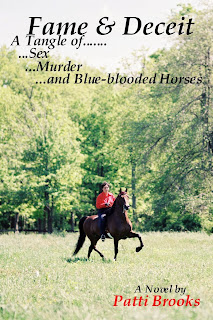 sexually abused Eugenia Jordan, but backs away from the relationship when she confesses to bribery. Ike discovers Eugenia’s body, two month’s pregnant floating in the river. Did Ike’s boss order her death because of the hazardous waste scheme? Or was Eugenia overly distraught because he dumped her and decided to take her own life? Ike’s attraction to Veronica Rouseau ends when he discovers she brokered the sale of his beloved mare, Aristooke Annie.

FIRST CHAPTER excerpt:
"Benalli chased Lisa off the farm."
Ike startled at the voice coming out of the dark night.
"Help me with this tailgate, Harlan," he said as the farm’s bulldozer operator appeared at his side. Probably a good thing Lisa left, he thought, unlatching the ramp to the horse trailer. He didn’t need another harangue about being away at a horse show for the past week.
"Don’t you want to know about that looney tune woman?" Harlan helped him lower the tailgate to the ground. The horse in the trailer called out shrilly. Horses in the stable immediately answered the worried cry from one of their own. Now it wanted out and pawed and banged inside the trailer.
"First I want to get Annie off the trailer and put up for the night. Easy, girl," he crooned to the mare. "Besides, I think you just told me all I need to know about Lisa."
"What do you mean?"
"She’s gone, right?"
"Right. So, did you win anything good?"
"She’s one fine mare." He threaded a lead shank through the mare’s halter and backed her out of the trailer. "We turned a few heads at that show, I tell you. You’re home, sweet girl." Ike stroked the mare’s neck.
Strident galloping in the distance broke into the conversation. Ike discerned that only one set of hoofs struck the ground heavily, which meant a single, mature horse raced about. How could that be?
When he heard the sharp clang of metal on rock, he knew the horse was shod–and headed directly for him and Annie. The mare snorted and pranced nervously at Ike’s side. He snatched lightly on the chain across her nose reminding her he made the decisions.
"Harlan," he spoke sharply, "listen up." Harlan didn’t know a horse from a cow. How could he get any help from him?
Posted by Chris Redding at 11:26 PM