Bio: M. E. Kemp's ancestors landed in Salem in 1636 and settled the town of Oxford, MA in 1713, so her roots go back. Kemp believes American history is just as bloody and colorful as medieval Britain and she has set out to prove it in a series featuring two nosy Puritans, Hetty Henry and Creasy Cotton. Kemp is a graduate of UMass Worcestor and has a Master's degree from Siena College, a small Franciscan college with a big basketball team in Upstate NY. Kemp lives in Saratoga Springs, NY with her husband Jack Rothstein and two cats: Boris and Natasha, who help her with her editing.

4 generous cups apples - Northern spies, Cortlands or Crispins are good for this pie 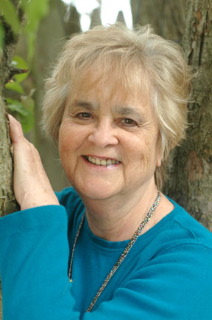 Heat oven to 425 degrees. Peel and slice apples into a large bowl, add sugar and flour; mix well. Place one pie crust in bottom of a 9 inch pan, add apple mixture. Sprinkle with spices and a pinch of dried orange peel. Top with little pats of butter (about a tablespoon) and the top crust. Crimp and flute crusts with fingers. Prick top crust with fork to vent. Bake in oven at 425 degrees for fifteen minutes; lower heat to 350 degrees and bake for thirty more minutes or until crust is nicely browned.

DEATH OF A DANCING MASTER: Hetty Henry is one nosy Puritan who likes to solve crimes. Her partner, young minister Increase "Creasy" Cotton, is trained to ferret out the guilty secrets of the human soul. Boston's magistrates and ministers have done their best to harass the new dancing master from the Shining City, so when he is found with a sword sticking out of his gut, Hetty and Creasy have plenty of suspects. Who killed Boston's bad boy? (DEATH OF A DANCNG MASTER, to be released by L &L Dreamspell on November 20th.) ###
Posted by Chris Redding at 11:50 PM