1.What drew you to the subject of Vestal Virgin?

About seven years ago (before my divorce, when I had some expendable income) I traveled to Rome with a group of writers. I fell in love with Italy, Rome in particular. A travel book I read contained a short blurb about vestal virgins; it mentioned they were sworn to thirty years of chastity and, if that vow were broken, they would be entombed alive. That got me going! Plus, on a tour of the Coliseum, a guide pointed out the seats designated to the vestal virgins—the six priestess of Vesta were educated, and therefore powerful, at a time when most women weren’t even taught to read.

2. Did you encounter any obstacles in researching the book?

I traveled to Rome twice, and on my second trip I hired a scholar who specialized in the year I’m writing about, A.D. 63-64, to give me a tour of the Forum. One of the most useful books I found was History of the Vestal Virgins of Rome, published in 1934 by T. Cato Worsfold. I also wrote to Colleen McCullough, and she was kind enough to write back. She gave me the name of an out-of-print book that I’ve used a lot, Festivals and Ceremonies of the Roman Republic, by H.H. Scullard. I have shelves of books about Roman history and Paul of Tarsus—hardly anything is written about vestal virgins—but that gives me quite a bit of leeway. After all, I’m writing fiction.

3. How many rejections have you received?

I have a file folder full of them. I used to keep them nailed to the wall, but that got too depressing. Once, I attended a conference for historical writers and (without looking at my manuscript or listening to my pitch) a well-known agent told me, “No one wants to hear about Rome.” I thought that was odd, since H.B.O. was running their Rome series at the time. Maybe she didn’t have cable.

4. Why did you pick the publisher who ultimately published your book?

Oh, well…that would be me! Vestal Virgin will be published mid-December on Kindle and Barnes & Noble. Why self-publish? Aside from the fact that I’m a bit of a control-freak: I’ve had two agents and have had a couple of traditional publishers interested in Vestal Virgin. A few years ago, I decided to do a rewrite, but I was going through a divorce and got off-track. Recently, my good friend, Blake Crouch, suggested I try ePublishing, and I put out a short collection of short stories, Dating My Vibrator (and other true fiction). It’s been selling well, so I’ve decided to publish a novel. 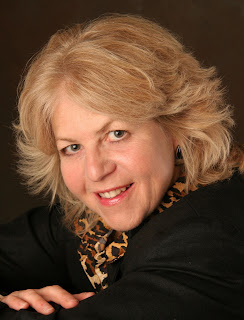 For years, I worked in radio—sold and wrote advertising. About ten years ago I made a change so I could focus on my writing. Now I do freelance P.R. for a local science museum and I work in Customer Service at an airline, which allows me to fly for free or cheap—and passengers provide lots of character studies.

I love to cook, especially when I have someone appreciative to cook for (which, I’m happy to say, I do). My favorite dishes are Mediterranean. I love melding flavors, using fresh ingredients, and making food from scratch. I cook Italian (natch), Greek, Egyptian, East Indian—and I tend to like spicy foods. I often feature food in my writing.

Sign me up for Italy any time. I’ve been to Egypt and Greece, doing research for my novels. I visited India a couple of years ago and stayed in an ashram. I would like to travel through Eastern Europe, now that it’s opened up. I hear Berlin is great, and I’ve been meaning to get to Prague. Nearly got to Ireland this year, but put that on hold—I love to travel, and I’d go most anywhere.

9. What would you like to learn that you haven’t?

I’ve been taking Tango lessons on and off, (oh yeah, add Argentina to my list of destinations) and I would like to have time to really practice and get good. I love that dance; it’s soooo sexy. I’m into Tantra, and I’d love to explore that more with a partner. (You asked!) And…this is big: I’d like to be able to format my own books for ePublishing. That may have to wait for another lifetime—geek is Greek to me.

10. What authors do you admire?

Any author who completes a book. It’s a big deal to finish a book. Otherwise, I love the classics. I’ve read all of Shakespeare twice and studied ancient Greek theater in college. I love to read about everyday life at other times. Favorites include: Jane Austen, Henry James, Edith Wharton. Especially love D.H. Lawrence. I read a lot of suspense and thrillers. Ruth Rendell is a favorite, Tess Gerritsen, Blake Crouch, Richard Harris, Elizabeth George. And I read lots and lots of psychology books—guess I’m trying to figure it all out. Right now my Kindle is loaded with indie authors, and now that my book is finished, I plan to read them.

Thanks for asking, Chris!

Bio: Suzanne Tyrpak has published short stories in Arts Perspective Magazine, the Mota 9: Addiction anthology, CrimeSpree Magazine, and the anthology Pronto! Writings from Rome (along with notable authors including: Dorothy Allison, Elizabeth Engstrom, Terry Brooks and John Saul). Rocky Mountain Fiction Writers awarded her first prize in the Colorado Gold Writing Contest, and Maui Writers awarded her third prize in the Rupert Hughes writing competition. Dating My Vibrator (and other true fiction), a collection of nine short stories about dating, divorce and desperation (all that good stuff) is available on Kindle for .99 cents. J.A. Konrath says the stories are, “Pure comedic brilliance.” Red Adept says, “the writing style was terrific.”

Elissa Rubria Honoria is a Vestal Virgin--priestess of the sacred flame, a visionary, and one of the most powerful women in the Roman Empire. But when the emperor, Nero, brutally executes her brother, Elissa's world begins to crumble. Vestals are sacrosanct, sworn to chastity on penalty of death, but Nero holds himself above the laws of men and calls himself a god. He pursues Elissa, engaging her in a deadly game of wits and sexuality. Or is Elissa really the pursuer? Determined to seek to revenge, she stumbles on dark secrets and affiliates herself with a strange religious sect call Christians, jeopardizing her life and the future of the Roman Empire.

NIce interview, Suzanne and Chris. Vestal Virgins sounds like a really interesting book. I love reading about ancient Rome and I would love even more going to Rome to do all that research.