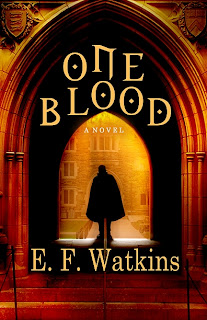 A powerful force pulled the energy out of her. Kat knew she must be losing blood, but even that couldn’t be enough to explain this terrible sensation of life draining from her body. She could feel Sharpay’s hunger and intense pleasure as he fed upon her, drawing out something he needed, something that went beyond any mere physical substance.

At the back of her mind, Kat knew she should try to fight back, but both her body and her will seemed paralyzed. Her heart pounded faster, desperate to make up the loss of blood. She started to slip down into a dark vortex, the room swirling around her. She knew she would have collapsed to the floor, if not for the iron arm holding her.

At the same time, her belly stirred with another sensation—half sexual, half suicidal—to surrender and let him have as much of her as he needed.

It seemed an hour before she felt Sharpay, with difficulty, tear himself away. Released from his grip, she tottered and saw stars. He pulled up one of the straight-backed dining chairs and sat her in it.

He left her briefly. Slumped, head spinning, she heard him rummaging in her cabinets. He came back with a juice glass half-filled with a pale gold, acrid-smelling liquid.

Kat obeyed. The brandy seared her throat until she coughed, but then she drank some more. In a minute, warmth began to seep back into her depleted veins.

Bent over her, Sharpay pressed a finger against the spot he had bitten. At first Kat thought he was staunching the wound, but then realized he was taking her pulse.

“Much better,” he murmured, in a clinical tone.

She glanced up at him. No trace of blood showed on his lips, and as she watched, the sharpness of his canine teeth reverted to normal. The red light also left his eyes. His face had recovered a healthier color and his hair had darkened again, with silver only at the temples.

He spoke now in a cold, crisp tone. “After I leave, eat some of the dinner you’ve prepared and go to bed. You’ll have the weekend to recover. If you have to cancel any activities, make up a plausible excuse. You will come to my house again Monday night. Do you understand?”

Still dazed as a sleepwalker, Kat could only nod.

He gave her a last, tight smile. “You’ll be fine. You have an excellent constitution and a strong will to live. Just what I would expect from a Van Braam!”

Blurb:A vampire travels to Princeton University to hunt down and romance a brilliant and beautiful archaeologist, the last living descendant of his arch-enemy. She fights his control, though, and resolves to destroy him. After centuries of preying on humanity, has he finally met his match—in more ways than one?

BIO: E. F. Watkins specializes in paranormal thrillers and mysteries. Her novel DANCE WITH THE DRAGON won the 2004 EPPIE in Horror, and her s-f thriller BLACK FLOWERS was a 2006 EPPIE finalist in Action/Thriller. She also has published the romantic mystery RIDE A DANCING HORSE and the paranormal thrillers PARAGON, DANU‘S CHILDREN and ONE BLOOD.
Posted by Chris Redding at 11:02 PM