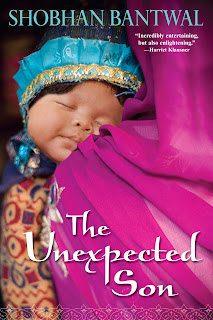 There was something odd about it, despite its plain and inconsequential appearance. Vinita gazed at the mystery envelope for a long moment, weighed it in the palm of her hand. Her instincts were prickling. It went beyond mere feminine intuition.

She didn’t receive any letters from her family in India anymore. Cheap long-distance telephone rates and email had put an end to that somewhat antiquated form of communication.

The smudged postal seal on the envelope read Mumbai—one of India’s largest and most populous cities—a place Vinita was very familiar with. It didn’t look like the occasional wedding invitation or the quarterly statements from the bank.

There was no return address, but it was sent to her attention—neatly hand-printed. She slit it open and eased out the contents—a single sheet of white ruled paper. Her hands shook a little. She wasn’t sure if it was anticipation or anxiety. Or both.

The message was brief—a few lines penned in blue ink. She scanned it quickly, trying to ignore the tingle crawling up her spine like a venomous spider. The subject matter was bizarre. The writer’s name was missing.

Only minutes ago it had looked like any ordinary Saturday morning—a day to recoup after five hectic days of poring over spreadsheets, memos, and databases till her eyeballs ached.

Her husband was on a business trip to Detroit, and wasn’t due to return until the following week, so she had the weekend to herself. She’d planned to indulge herself.

Working late the previous evening had prevented her from looking at the mail right away. Now, as she sat on the bed and checked the mail, she wondered if the weekend of self-indulgence she’d been looking forward to was already beginning to wilt and curl at the edges.

Who could have sent her the odd message? Perhaps there were clues she had missed the first time.

I am writing to tell you about your son. He is suffering from myeloid leukemia. Many years ago, I had made a promise never to reveal anything about him, but this is a serious matter. A bone marrow transplant is his only hope. My conscience will not allow me to let a young man die without having a chance to try every possible treatment. Your brother may be able to give you all the details.

I leave the matter in your hands.

Something about the message was disturbing.

Was it possible the letter was erroneously mailed to her? But what if it wasn’t a mistake and she was indeed the intended recipient?

Was this someone’s idea of a sick joke? But everything about the letter spelled serious intent. 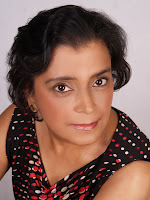 Book Blurb for THE UNEXPECTED SON:

What happens when a woman who's realized her dreams wakes up one morning to a shocking truth? Vinita Patil opens a mysterious letter from India that instantly turns her comfortable life upside down. It tells her an impossible story: she has a grown son in India, a child she was told was stillborn 30 years ago. Now his life may depend on her...
Posted by Chris Redding at 11:32 PM

Shobhan, your covers are so intriguing...and the excerpt was wonderful! I have The Dowry Bride and The Sari Shop Widow in my TBR pile--this certainly will have to join them!!

Thanks, J. I appreciate your comment and your warm support.

Chris, thanks for hosting my excerpt on your blog. Your generosity is much appreciated...