I’ve always written but never seriously until I retired early. I recall my family being proud of the stories I made up as a child, so guess the writing bug was always there from an early age. I wrote my first romance at about the age of 15, then started writing my parents’ life story soon after. That eventually grew into a saga about a fictional large family living through hard times much as my parents did, and finally ended up as Traces of Dreams years later. This book won the mainstream section of the Romance Writers of Australia’s Romantic Book of the Year in 2003 and thus far remains my proudest achievement in my writing career. 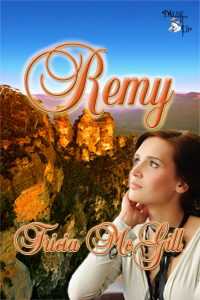 I’ve been writing novels for about 20 years (didn’t realize it was that long until I started counting back!) My first efforts were hand written and after I’d laboriously filled many notebooks my husband insisted we buy a typewriter. Having never typed in my life I then had to teach myself to touch type.  He soon got sick of the clicking of the typewriter and so my venture into the age of technology began with my first word processor.

I guess I’ve always been a romantic at heart so I didn’t really pick the genre it kind of picked me. A friend gave me a box full of romance novels—the short kind—and I thought, as most of us writers do when we start out—“I’m sure I can write one just as good.” After numerous rejections and several re-writes, well, probably about nine, I decided that I wanted to write longer novels so that I could bring in more characters and have a villain or two to liven things up. My love of time-travels began and the research fascinated me so it was inevitable I try my hand at writing time-travels, then historicals.

When I started I followed the advice of long-time authors who dictated that every last detail be worked out before you start, from the color of your characters’ eyes to their favorite food. But, as I went along I came to the conclusion detailed plotting didn’t suit me at all. My characters dictate where my story is going and I just let them tell me what’s going to happen next. That’s not to say I don’t have a rough idea of the plot. Once I’ve established the period my story is to be set and the characters have told me their names and what journey they wish to go on, I begin. Half the fun of writing is being surprised where you end up. As other characters make themselves known I make notes as I go along to keep track, but always work out a time line before I begin. This is especially important in my time-travels and historicals.

Remy is an off-shoot of another of my historical romances, Blue Haze. Remy appeared near the end of that book and just nagged at me to tell his story. Because of the extensive research I’d already done on that period in (The early 1800s) I just needed to do some more research on a different pioneer settlement.

I do believe it was called Penny in Paradise, and no, it never got as far as being sent to a publisher. My late husband, who was my staunchest supporter, took it into the city one day and popped into what he thought was a publishing house, which it was, except it turned out they only published medical reference books. His tenacity and enthusiasm charmed one of the editors there and this lady agreed to read the manuscript. Her six page critique gave me the courage to go on but also assured me that my Penny’s story was never going to be good enough for publication.

I’m an open book, so there’s not a lot that is hidden. I’m a Scorpio, and glad of it, but contrary to most Scorpios I am shy at heart, and hate revealing facts about myself. This makes promoting my books a sometimes harrowing experience for me as I have to force myself to let the world know about myself and my books.

The one I use on my email signature is currently: “Pure love is a willingness to give without a thought of receiving anything in return”.  I found it on a calendar of beautiful pictures with accompanying quotes and fell in love with it. I find these days that too many people expect far too much from the ones they love and selfishly take without knowing the pleasure of giving selflessly.

Now, I am lucky enough to have a study. In the early days I wrote wherever I could find a space and that was usually at the kitchen table. I write at my computer but most of the creative process is done in the early hours of the day on waking.

I often think I would like to return to the days of the horse and buggy, but then common sense returns and I realize I couldn’t live without my computer, my heater in winter, my nice neat home or my washing machine. It would be fun to do a bit of time-travelling though and journey back to the early 1800s, but only on the basis that I could jump back to the present when it suited me—and also that I didn’t have to wear corsets. Oh, and our mother never really talked about the early days in her life or how she met our father. I would dearly love to go back to the early 1900s and be there at their first meeting and early days of their romance. Their marriage and love survived having ten children and living through two world wars in , and the accompanying hardship of the depression years. Being the youngest I was brought up surrounded by love and a feeling of always being cherished. 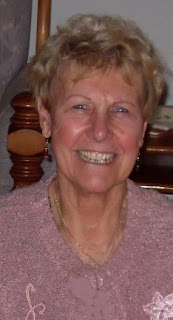 Tricia McGill BIO:
Award winning author Tricia McGill's books cross many sub-genres but all have romance at their heart. Her books include contemporary, mainstream, futuristic, time-travel, and historical. Her short stories have appeared in the Australian Woman's Day magazine. Born in , Tricia moved to many years ago and lives in where most of her contemporary novels are set.
Excerpts and videos of her books can be found on her website: www.triciamcgill.com
Remy Blurb:
Remy, a convicted man, is in love with the daughter of a wealthy property owner. Even in the prospering colony of , it would be far-fetched to think he could ever marry Sara. With everyone turned against him, Remy must leave his sister’s property. Sara despairs of ever seeing her love again, while Remy faces overwhelming odds and an ordeal that threatens to strip him of everything; his pride, his strength, his health—even his life. When Remy finally has Sara within his grasp, he is sent to a place where pain and suffering are everyday occurrences.
Will the lovers ever find the happiness they crave?
Posted by Chris Redding at 9:14 AM