1. How did you pick the genre you write in?

I’ve written nonfiction, science fiction and plays but mystery is the genre where I’ve had the most success getting published.

I plot. I need to know who done it and why and the ending so I can make the clues and red herrings fit and work up to the climax. To me, writing like taking a trip: you can plan out the route in advance and get there quickly and efficiently, or start driving aimlessly and end up in the wrong direction or at a dead end.

3. What drew you to the subject of “The Baffled Beatlemaniac Caper?”

4. Did you encounter any obstacles in researching it?

No. I already knew about The Beatles from reading about them and playing their music for years. My protagonist is a former teen idol, and I had attended teen idol concerts and collected records. I read autobiographies by several real-life teen idols and that helped tremendously.

5. What was the worst advice you’ve gotten? Did you know it at the time?

When I finished my book, the first one in the series, someone told me that publishers don’t buy the first book you’ve written and that I should write another one with the same character. But I eventually published this book.

My experience is that agents and larger publishers were not open to unpublished authors, and that getting an agent was a long and arduous task, so I looked at small presses that took new, unagented authors. I heard about Oak Tree Press from the Sisters in Crime listserv. OTP loves new authors.

I work in the editorial department of a weekly community newspaper. I process press releases, proofread, write headlines and photo captions, layout the ads and occasionally write local play reviews.

I procrastinate. A deadline will get me moving.

Because of my day job I write in the evenings and weekends. I try to write a scene at a time. I handwrite first drafts and then type them into the computer and revise.

10. What place that you haven’t visited would you like to go? 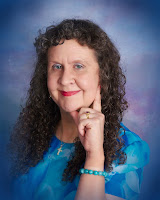 Carpenter also has a black belt in tae kwon do.


In the 1970s, teen idol Sandy Fairfax recorded ten gold records and starred in the hit TV show “Buddy Brave, Boy Sleuth.” Now he’s a 38-year-old recovering alcoholic, desperate for a comeback. He takes the only available job offer, a guest appearance at a Beatles fan convention in the Midwest. What looks like an easy gig turns deadly when a member of the tribute band is shot and the police finger Sandy as the prime suspect. Sandy starts sleuthing to find the killer while filling in for the deceased musician at a concert and dealing with the fans.