The Queen is once again ruling her subjects only this time it is a school for the ‘different’ children in Scotland. A school full of vampires, witches, warlocks, elves and fairies, one that is feared and hated by all who attend. A new group of witches and warlocks show up to her gates and cause all kinds of havoc within the school. Vampires and witches are at odds and only a few can see the survival of the school. An ancient lover and the Queen are reunited but at what costs? A new, as well as an old lover unite to attempt to take the Queen off her throne. Will it work? Will the Queen maintain her horrendous rule over the students? Can the spells woven work and change history? All will be told in the end. 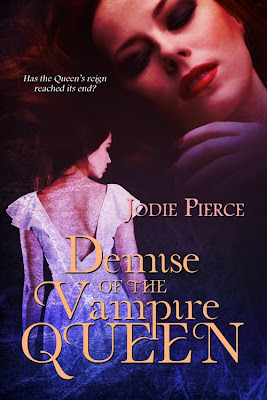 
The people of the land considered you condemned if you entered The Queen’s Land. Children who were different were sent here for an upbringing designed to nurture their abilities. The children it The Magikal Vampire Kingdom and were terrified of going there. They often hid their abilities as long as possible so as not to be disparaged in this place. Students came to her school for guidance and segregation from humans and their homes around the continent. Many traveled several days and nights to get there on horseback or by car for the more wealthy families, most without the love and support from their parents and family. They felt doomed and alone until they arrived and found others like themselves. They found a common bond that they otherwise would never have had.

The vampires stayed to themselves. The rest of the students were too scared to befriend them, so they had their own group…minus the fairies, who also kept to themselves. They were obsessed with flying and had no time for outsiders or distractions. So, finally, the witches, warlocks and elves teamed up for a volatile marriage. Nonetheless, they each learned from the others in many different ways and of course, academically. They knew the rumors of the place being hell for children. Once you entered, you rarely came out for one reason or another.

The Magikal Vampire Kingdom tried to mimic what they could of the human world, so as to be prepared should the humans finally accept them. The school could not have a ton of students, running around like crazy, acting inappropriately and ultimately scaring their new friends. Upon being taken into the Queen’s Land, each student would be marked with a bite mark tattoo on the inside of the right bicep. It was as if the Queen herself personally put her mark on every one of them. It was a mark that could never be removed or hidden from others. Even as an adult, the mark would still be present and label you as an outsider in any community you entered. It was a mark that told others you were special and to be avoided at all costs. Consequently, most students tended to stay at the school as long as possible, even as adults, and became advisors or teachers.


Jodie Pierce is thirty-seven years old and lives with her hubby, John in Cleveland, Ohio along with four beautiful step-children. She has had a fascination with vampires since they were introduced to her as a child and has had a long history with them. It wasn't until she started reading the Anne Rice vampire books that she was truly inspired. She was an exchange student in Brasil in high school so you can find some of her experiences from there in her stories. Many of her stories have historical or researched facts as she also enjoys research and learning about new places. She has published four short novels(Eternal Press), a short story in "Midnight Thirst 2", an anthology(Melange Books), has three self-published books and has several short stories that she still works on. She's always busy with the next great vampire story as her mind is non-stop and even plagues her dreams.