Pain bolted through his swollen right knee, but the emotional pain from a shattered ego hurt even worse. It was the same pain and nightmare that had visited him many nights over the last four years. He was the only one to blame for USC's humiliating loss and his own humiliating personal downfall.

Removing the sweat-soaked sheets, he hobbled across the room, dodged the strewn clothes on the floor, stepped into the bathroom and quietly closed the door behind him. He flicked on the light and squinted as the sudden brightness blinded him. Then he reached for the bottle of Percocet, his loyal companion in these isolated, agonizing nights.

He shook three of the blue painkillers into his hand, his steady diet of Percs. When he couldn't get enough from his doctor, he bought extras from a dealer. He downed the pills, chasing them with a mouthful of water. They would take some time to kick in, but relief was on its way. The drugs, along with his secret hopes and plans, were all that kept him from slipping over the edge. 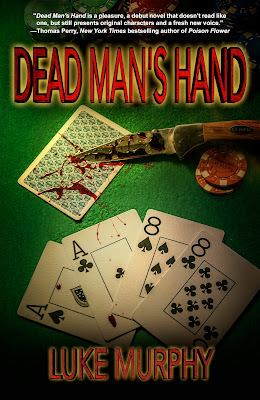 He used his hands on the vanity to hold his weight and stared into the mirror. At twenty-six, he already had the hair and face of a stranger.

"You should let your dreadlocks grow long," his boss suggested. "More intimidating."

The patchy facial hair was Calvin's decision. The overall effect was menacing—just right for his line of work.

His sharp brown eyes, which at one time had won him glances from beautiful women in college, were usually hidden behind dark sunglasses. Unseen eyes were intimidating too and when he took them off to stare at a victim, he could use his eyes to look like a madman.

He closed them now and shook his head in disgust. "You look like shit. Hell, you are shit."

The press had certainly thought that, four years ago. Always ready to tear down a hero, they had shown no restraint in attacking him for his egotistic, selfish decision and obvious desire to break his own school record. One minute he was touted as the next Walter Payton, the next he was a door mat for local media.

What happens when the deck is stacked against you…


From NFL rising-star prospect to wanted fugitive, Calvin Watters is a sadistic African-American Las Vegas debt-collector framed by a murderer who, like the Vegas Police, finds him to be the perfect fall-guy.

…and the cards don't fall your way?


When the brutal slaying of a prominent casino owner is followed by the murder of a well-known bookie, Detective Dale Dayton is thrown into the middle of a highly political case and leads the largest homicide investigation in Vegas in the last twelve years.

What if you're dealt a Dead Man's Hand?


Against his superiors and better judgment, Dayton is willing to give Calvin one last chance. To redeem himself, Calvin must prove his innocence by finding the real killer, while avoiding the LVMPD, as well as protect the woman he loves from a professional assassin hired to silence them.

Luke Murphy lives in Shawville, Quebec with his wife, two daughters and pug.

Posted by Chris Redding at 1:25 AM