1. How did you pick the genre you write in?


I’ve written a few nonfiction books, but children/young adult is my favorite genre both to read as well as to write. I am a kid at heart, and I write from that place. It just seemed natural to me. The greatest compliment I’ve ever gotten was from a younger reader who told me she liked that I write as a young person would think and behave, and not as an adult remembering being a younger person. It was at that point I realized this was the genre I was supposed to work from.


I definitely write by the seat of my pants. I’m one of those writers who doesn’t write every day (GASP!). I get an idea for a story, I actually see it from beginning to end in my head and then obsessively write until it’s finished. I do write out character’s names, research locations, etc. but for the most part I just write.

3. What drew you to the subject of DARK WATER?


In almost all of my stories, I include three things: an issue that may not be out there or understood as much as it should be, a musical element and grandparents somewhere in the storyline. As a mom of children with special needs, and a daughter of a mother who struggled with mental illness, I feel it’s very important to raise awareness for certain issues. In DARK WATER, for example, I touched on Sensory Processing Disorder (SPD), Post Traumatic Stress Disorder (PTSD) in the military as well as putting the spotlight on the Native culture. As a writer, I can bring light to these subjects in a non-threatening, entertaining way. And hopefully I achieved that.


How very important self-promotion is. Many authors mistakenly believe that once their book is out there, their job is done. Nothing is further from the truth. It isn’t the publisher’s job to promote. They have other authors they are working with and other books to get out there. The author must take on a lot of that responsibility themselves. It’s hard, it’s a lot of work and can be time consuming but it’s worth it when you see sales taking off. 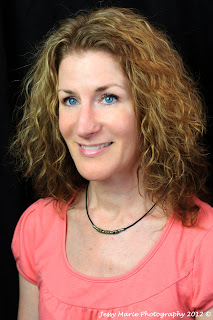 
Oh good grief…more than I can count. Well, actually, I probably could because I’ve kept most of them. I know that sounds weird but one of my writing mentors once told me that writers should wear those rejections like badges of honor. It shows that we won’t give up, that we believe in ourselves and our work and we’ll keep trying.


I picked Imajin Books for two reasons. The first is because they are Canadian. All of my other books are represented by American publishers, which is great, but I really wanted DARK WATER to have a Canadian home. The other reason is because I wanted to work with Cheryl Tardif. Not only is she a best-selling author, she is a marketing genius. I felt both me and my book were in very capable hands.

7. Tell me one thing about yourself that very few people know?


I swear like a truck driver. I try not to reveal that in front of too many people since, as a writer, I know there are nicer words to use. I’m working on it. LOL!


DARK WATER revolves around a sixteen-year old girl named Freesia Worth. Her mother disappeared and after a year, the search team has still found nothing but frustrating dead ends. Detective Cuaco, the head of the team searching for Freesia’s mother, has given the case until the end of the summer. After that, he would be forced to stamp the case as ‘cold’ and hand it over to the Feds.

Freesia refuses to allow that to happen. So, with the help of her crush Rick and a mysterious Goth girl named Mizu, they take on some of the investigation themselves. The deeper they dig, the more twists and turns they seem to reveal.

Above them all is The Watcher of the Lake, who not only helps lost souls find their way back home but also ensures that those in the living world are guided to the path they need to be on.

It’s a story with a bit of mystery, a sprinkle of young romance, a dash of suspense and a ghosty twist.

9. What would you like to learn to do that you haven’t?
Posted by Chris Redding at 3:12 AM