A Letter to My Younger Self

Wow. All those times people asked if I talked to myself, I said no. Yet here I am, talking to myself, my younger self, age 16, in your room recovering from pneumonia as you watch the 1980 U.S. Olympic Hockey team celebrate it’s shocking gold medal victory. You’ve just made the two biggest decisions about your life and you haven’t a clue you’ve done it.

You want to live in that kind of moment, broadcast history to the world. More importantly, you want to write about it. So start writing now. Jot down all those dreams and ideas about what you want to live and experience. That makes them real. Palpable. Something to live for, work towards, achieve.

Done? Good. Keep that list forever. Now go, get out of your room and do the things on that list. Every day. Every time you achieve or experience something on that list, cross it off and add two more to the bottom. Then write about what you did or where you went.

Here’s the secret; You can’t do this timidly. Live, kid, with a lack of fear or regret, and total devotion to your passions. Sitting in your room waiting for shit to happen doesn’t get it done.

You’ve already made your biggest decisions. Go live with conviction and never look back. To quote Yogi Berra, “When you come to a fork in the road, take it.” It’s not real hard to figure out what ‘ol Yogi means. Commitment is a mental strength you need to survive and persevere.

Afraid? Afraid of Life? Success? Life is simply doing those things on your list and every time you cross one of them off, you’ve succeeded. Fear of failing? Rejection? Of course you’re going to fail and be rejected. That pal of yours who just had a whopping book sale? You watched him fail for 14 years before he landed that sale. The most successful novel series of your time, of all time, will be rejected 106 times before it makes it to print.

In three years you’ll see ‘Back to the Future’ for the first time, but young George McFly’s words on writing will haunt you, if you let them; ‘What if it isn’t good enough or someone said they didn’t like it?”

Never write for the approval of others, kid. Write because it fills your soul and makes you happy and never write merely what you know. Write what you love. When others see your passion, it will fulfill them, touch them inside in ways you cannot imagine. Then they will approve. Most importantly, write because it’s fun.

The blind ignorance of youth is to be applauded; when you’re 18, six months out of high school, you’ll walk in to the local TV studio, tell them you want to be a writer, and be writing for television news the next day. That’s not how it's supposed to be done but that’s how you’ll do it. When you seek your first agent and blindly walk into their office at 5;45pm after the secretaries have gone home, and come face to face with said agent...well, that’s not how it’s done. That’s how you’ll do it.

You weren’t timid those days and that only proves there is no right way to do things, only the way that gets it done.

If you don’t believe me, trust your influence on your own daughter at almost the same age you are now. She’ll follow your cue, win her first lead role on stage by being different, by auditioning with an English accent. Not what’s supposed to be done, but what get’s it done.

You can’t do this timidly. You can have fun doing it. Let me know how it works out.


WHERE WERE YOU THE DAY KENNEDY WAS SAVED?

On the 50th anniversary of the JFK assassination comes a new edition of the extraordinary time-travel thriller first published in 2003 with a new Afterword from the authors. 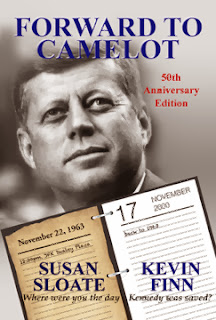 On November 22, 1963, just hours after President Kennedy’s assassination, Lyndon Johnson was sworn in as President aboard Air Force One using JFK’s own Bible. Immediately afterward, the Bible disappeared. It has never been recovered. Today, its value would be beyond price.

In the year 2000, actress Cady Cuyler is recruited to return to 1963 for this Bible—while also discovering why her father disappeared in the same city, on the same tragic day. Finding frightening links between them will lead Cady to a far more perilous mission: to somehow prevent the President’s murder, with one unlikely ally: an ex-Marine named Lee Harvey Oswald.

Forward to Camelot: 50th Anniversary Edition brings together an unlikely trio: a gallant president, the young patriot who risks his own life to save him, and the woman who knows their future, who is desperate to save them both.

History CAN be altered … 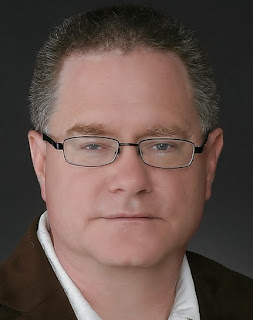 
SUSAN SLOATE is the author of 20 previous books, including the recent bestseller Stealing Fire and Realizing You (with Ron Doades), for which she invented a new genre: the self-help novel. The original 2003 edition of Forward to Camelot became a #6 Amazon bestseller, took honors in three literary competitions and was optioned by a Hollywood company for film production.

Susan has also written young-adult fiction and non-fiction, including the children’s biography Ray Charles: Find Another Way!, which won the silver medal in the 2007 Children’s Moonbeam Awards. Mysteries Unwrapped: The Secrets of Alcatraz led to her 2009 appearance on the TV series MysteryQuest on The History Channel. Amelia Earhart: Challenging the Skies is a perennial young-adult Amazon bestseller. She has also been a sportswriter and a screenwriter, managed two recent political campaigns and founded an author’s festival in her hometown outside Charleston, SC. 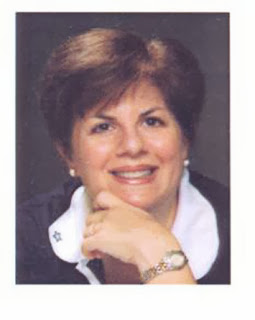 After beginning his career as a television news and sports writer-producer, KEVIN FINN moved on to screenwriting and has authored more than a dozen screenplays. He is a freelance script analyst and has worked for the prestigious American Film Institute Writer’s Workshop Program. He now produces promotional trailers, independent film projects including the 2012 documentary SETTING THE STAGE: BEHIND THE SCENES WITH THE PIRATES OF PENZANCE, and local content for Princeton Community Television.

His next novel, Banners Over Brooklyn, will be released in 2014.

Susan and Kevin will be awarding a $25 Amazon GC to a randomly drawn commenter during this tour and their Super Book Blast Tour.
Posted by Chris Redding at 3:33 AM

Thanks for hosting us today, Chris - it's great to be here!

Glad to be here, Chris, and thanks for having us! Would love to know what you and your readers would say to their younger selves as well. This was a fun topic to explore and I thank you again for the chance to offer my self a little extra wisdom!

What an excellent guest post you guys! Very inspiring! You're making me think about the moments that I just knew I wanted to write about...also the people who I was like...yep...that's the villain in my next book!

Andra Lyn - I sure do hope you'll take advantage of Kevin's post today and do a little more writing of your own ... you can never do enough! Rita, thanks for stopping in and enjoying Kevin's post. I was inspired too!

Andra, thank you for the kind words. As for your next villain, well, I believe in loving your villains more than your protagonists. Switch your perspective, see your story from your villain's POV. They will be real and lovable and dastardly all at once. ;)

Sounds like a very interesting book. Thanks for sharing it and the giveaway. evamillien at gmail dot com

Hi Eva, thanks for chipping in. Tell me, what would you say to your younger self? I think that's a great concept for anyone to explore.

Thanks for the great post and the chance to win!
natasha_donohoo_8 at hotmail dot com

Thank you, Natasha! Best of luck in the giveaway!

I would like to thank both of you for writing such an interesting story. I sure wish this had really happened. FORWARD TO CAMELOT is fast moving action, surprising twists, hard to put down. I highly recommend it to anyone who likes action and time travel in a great book.