I have always found selkies fascinating. These fey beings from Celtic mythology, mainly of Scotland and Ireland, shape shift from seal to man. My interest in Celtic mythology is equaled only to my interest in Celtic history. My favorite Celitc King is Kenneth Mac Alpin. So naturally, I combined my favorite Celtic beings and my favorite Celtic King and wrote a novel containing both of them. It’s called The Scottish Selkie and it’s now available as an audio book. 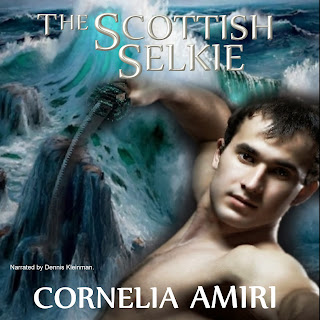 From ancient druid lore, springs the tale of a mysterious, dark warrior, a fiery Pict Princess, and the shadowy secret standing between them. A bow and arrow carrying Pict beauty takes vengeance on a royal target but fails at her attempt to slay the Scot King, Kenneth Mac Alpin. To save her life, she is forced to wed the king’s cousin, Malcolm. Just as the Scot warrior and the Pict princess begin to forge a bond, Malcolm must reveal his incredible secret and choose between two worlds, one with Bethoc or one without.

Here is the book trailer with the talented, voice actor, Dennis Kleinman reading the blurb:


Here is a pinterest board of the World of The Scottish Selkie:

Posted by Chris Redding at 2:43 AM

I'd love the chance to win a copy of The Scottish Selkie audiobook. It sounds like an amazing story, so to get a different perspective and hearing the brogue would be wonderful.

Thank you so much for your comment Armenia, I really appreciate it. Have a Happy Thanksgiving!