A Talk with J.J. (James) DiBenedetto

1. Do you plot or do you write by the seat of your pants?

I’d say I’m somewhere in the middle. I have a general idea of the plot and usually a very clear idea of what the ending will be, and some scenes I know I want to include, but I don’t have a strict outline, and in every book, some subplots and secondary characters end up surprising me.

How hard the marketing and selling process is. It’s MUCH harder than actually writing the books! 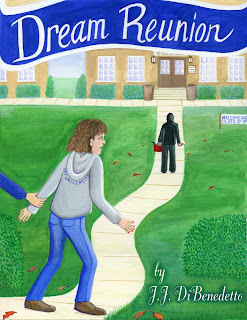 DREAM REUNION is the sixth book in my Dream Series. The books follow Sara, a woman with the ability to see into other people’s dreams. In this novel, Sara is going back for her ten-year college reunion, and she begins seeing the dreams of someone – one of her old classmates – whose life is going down the tubes, and she can help – if she can only figure out who it is, and what to actually do!

4. What place that you haven’t visited would you like to go?

I’d like to see Rome properly. I was only there for an afternoon – I had to cut short a visit that was supposed to be three days. Both because it’s a beautiful city, full of history; but also because it’s my roots, and I still have family there who I’ve never met.

5. What’s your favorite thing about your book?

I really think I’ve found a good balance between romance, suspense and the everyday challenges of life, and it makes the book feel very real and relatable.

6. What is the one thing your hero would do that you wouldn’t?

It’s not just one thing! She’s a LOT braver than I am, and she’s not afraid to look silly while doing what she wants (or needs) to do.

7. What did you enjoy most about writing this book?

Reconnecting with old friends from college. The very first book in the series, DREAM STUDENT, is set at a (very) thinly veiled version of the college I actually attended, and it’s set when I was there, in 1989-90. So in this book, when Sara goes back for her reunion, I reached out to people from my class to see what they remembered about their ten-year reunion (sadly, I didn’t go myself) and what they were doing at the time, and I incorporated some of that into the book.

8. What was the hardest scene to write?

The hardest scene in the entire series was the chapter in the fourth book, DREAM FAMILY, when Sara is arrested, and horribly mistreated during her brief stay in jail. It kept me up nights, hating myself for what I was doing to her.

9. What was your favorite scene to write?

That’s hard to say. Probably the first time we properly meet Lizzie, Sara’s daughter, in the third book, DREAM CHILD. She’s such a fun character to write for, especially the four-year-old, frighteningly precocious version of her.

10. What are your five favorite books, and why?

WINTER’S TALE by Mark Helprin. It’s simply the best book I’ve ever read, with the most beautiful language. Just amazing. MORDANT’S NEED by Stephen R. Donaldson. I’ve been a huge fan of his since I was 12 or 13, and I love all his work, but this is his “lightest” and most accessible series, and also the most fun. THE VENETIAN’S WIFE by Nick Bantock. I like all his work, especially the visual and tactile creativity of his books. But something about this story in particular really speaks to me. HOGFATHER by Terry Pratchett. It’s the ultimate Christmas story, isn’t it? You’ve got assassins, wizards, death, Death, strange rituals involving children’s teeth and wild boars. What more could you ask for? E by Matt Beaumont. I love the way the story is told entirely through emails, and it’s the most honest view of a modern workplace I’ve ever seen.


J.J. (James) DiBenedetto was born in Yonkers, New York. He attended Case Western Reserve University, where as his classmates can attest, he was a complete nerd. Very little has changed since then. 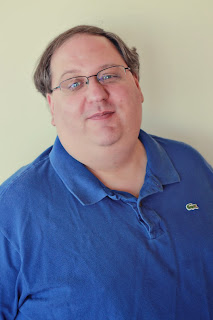 He currently lives in Arlington, Virginia with his beautiful wife and their cat (who has thoroughly trained them both). When he's not writing, James works in the direct marketing field, enjoys the opera, photography and the New York Giants, among other interests.


"I wish someone - my mother, my husband, anybody - would really let me have it, instead of telling me everything's not my fault when it obviously is..."

Sara's seen the cost of interfering in other people's dreams firsthand; it's measured in ruined lives and cemetery plots.

When her supernatural dreams start up again, Sara is faced with problem after problem. And the only solution she can see is the one she's sworn never to attempt - changing the minds of the dreamers from the inside-out.

Sara thought that fighting against serial killers, mobsters and crooked politicians was difficult, but she's about to come up against the most difficult foe she's ever faced: her own conscience.

Dream Reunion is the emotional sixth book in the Dream Series.

Posted by Chris Redding at 1:09 AM

Thank you so much for hosting me!