I Believe in Bigfoot
Do you believe Bigfoot exists? Have you seen one?

You may believe! Pick up a copy of BIGFOOT BOY: Lost on Earth, for ONLY 99 CENTS on Amazon NOW May 23-30. https://tinyurl.com/mb8klzw Hurry, the sale will be over on Friday.

Learn about Errl, the alien teen Sasquatch (Bigfoot) who becomes separated from his companions and teacher when their airpod crashes in the Kootenays. The nearsighted alien is lost for ten days, struggling to find the rescue ship that will take him home to Planet X. 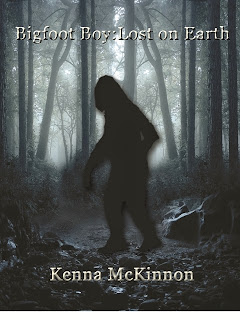 In Errl's experience on Earth, there are angry hunters and police who chase him with guns, including a nervous Cub Scout leader who panics when he first spots Errl, lost and alone in the forest.

There is everything but a bomb squad from Homeland Security to defuse the harmless Bigfoot, and a demolition derby almost ensues when a kind trucker rescues him from a broken down RCMP paddy wagon and streaks through the forest with a van full of teens in flaming pursuit.

A friendly trapper and his son, and a sympathetic sheriff, befriend Errl, and he meets Hunny, a gorgeous Earth Bigfoot girl who is covered with golden fur. Errl doesn't want to leave Hunny behind, but his newfound friends are determined to find his ship and rescue him from the hunters,

Sightings of Sasquatch (Bigfoot) go back further than modern North American scare stories. The Canadian Press, Vancouver, reports that a Sasq'ets (Sasquatch) mask was recently returned from the Vancouver Museum to British Columbia, Canada aboriginal peoples. The mask disappeared in 1939 from the Sts'ailes First Nation near Harrison Hot Springs.

James Leon, who found and returned the revered artifact to its rightful owners, claims that sightings of Sasquatch by First Nations peoples go back for thousands of years. The mask was carved from descriptions of what they consider lucky sightings of Bigfoot over the centuries.

In McKinnon's YA novel, Bigfoot Boy: Lost on Earth, the luck looks like it's going to trickle out through Errl's big hairy feet as he plunges from one misadventure to the other. "Wonderfully unique and vivid phrasing adds polish and humor to this dynamic tale."

Brief Biography:
Kenna McKinnon's most memorable years were spent at the University of Alberta, where she amazingly graduated with a degree in Anthropology, thanks to some excellent profs and a love of study at the time. Her most significant accomplishment was raising two wonderful children. Kenna is a member of the Writers' Guild of Alberta and the Canadian Authors Association.

Her debut YA novel, SpaceHive, published by Imajin Books (2012) is available on Amazon, Smashwords, B&N, etc. worldwide, and in selected local bookstores and libraries. 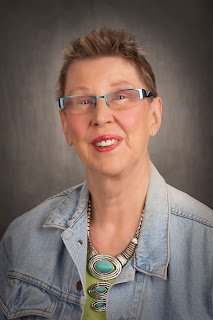 
LinkedIn: http://www.linkedin.com/in/kennamckinnon
Posted by Chris Redding at 6:35 AM