A PROMISE AT DAWN
by Jane Leopold Quinn
BLURB


Their affair was scorchingly sensual

Faye Burke, recently widowed, retreated to the coast of Maine to grieve and reassess her future. Her favorite part of the day is watching the sun rise out of the Atlantic Ocean. It’s also when the man she considers her guilty pleasure runs along the beach.

Gil Farrelly, a successful painter, is trying to get his career back on track after the studio fire that destroyed everything. He starts his creative juices flowing every day by running on the beach. The lovely woman who watches him also gets his juices flowing and he’s determined to reinvent his career by painting her.

Faye’s combination of maturity and sensual vulnerability intrigue Gil and he wants to immortalize her on his canvas. She’s flattered, aroused and ultimately frightened of the emotions he incites. He claims not to care he’s younger by twelve years but she believes sooner or later he’ll come to his senses and seek out women his own age. Can Faye conquer her fears? Can Gil prove to her it’s not age separating them but her fear?


He crooked his finger, beckoning her. “Come here, Faye,” he said in his most seductive voice. He wanted to continue where they’d left off. He hadn’t had nearly enough of her.

She slowly came to him, heat simmering in her eyes. She wanted this as much as he did.

Sliding his fingers through her soft curls, he backed her against the counter and tipped her face up, his finger under her chin. Pressing his hips against hers, the swell of her belly cushioned his full cock. He groaned and buried his face at the side of her neck enjoying the warm, salty beach scent on her skin. She moaned and slipped her hands around his waist, tucking them into the back waist of his jeans.

“You feel so good,” she said with a sigh.

“You’re welcome to feel me all over.” He busied himself with unbuttoning her sweater again and this time sliding it off her shoulders along with her bra. Both fell to the floor. He cupped her breasts, pushing them up and together. Brushing his cheek over her silky skin, he murmured, “Where’s your bedroom?” 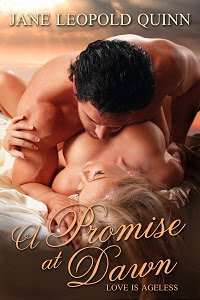 She clutched his arms and pushed her breasts against his face. “Down the hall. Come on,” she urged, gripping the front of his T-shirt and pulling him along after her.

Yeah. He liked a woman who knew what she wanted. Inside her room, he closed the door and drew her to him, her back against his front. Stroking her breasts, he compressed her nipples between his fingers and thumbs.

She cried out, her head dropping back on his shoulder. “Gil,” she whispered, wrapping her fingers around his.

He brushed his lips over her shoulder and traced the graceful line of her neck to her ear.

Her bottom wriggled against his cock. God damn, he wanted her sweet ass bare. Almost as much as he wanted her cunt open and hot. He unzipped her jeans. She toed off her shoes and helped slide her panties off. Then she turned and did the same for him, surprising him with her eagerness. When they were both naked, she walked backward, leading him toward the bed.

She was taking over. Every man’s fantasy. “Faye, you’re so beautiful.”

They landed with a whoomph on the bed, and she immediately put a hand over her belly. “I’m older…”

A Promise at Dawn is available at Amazon
Bio


Sensual fantasies were locked in my mind for years until a friend said, "Why don't you write them down?" Why not, indeed? One spiral notebook, a pen and the unleashing of my imagination later, and here I am with more than a dozen books published. The craft of writing erotic romance has become my passion and my niche in life. I love every part of the creative process — developing characters, designing the plot, even drawing the layout of physical spaces from my stories. My careers have been varied — third grade school teacher, bookkeeper, secretary — none of which gave me a bit of inspiration. But now I'm lucky enough to write romance full time — the best job in the universe!

Jane Leopold Quinn
My Romance: Love With a Scorching Sensuality
BlogSpot ~ Twitter
Posted by Chris Redding at 1:00 AM

Thanks, Chris, for featuring my book today!