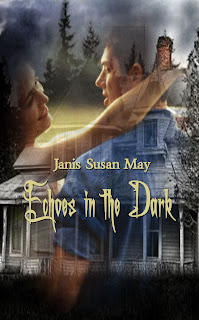 Cooking Up A Story


I have been asked to write – which I do moderately well – a post about cooking – which I do not do well at all! The fact that for several years I successfully wrote a cooking column testifies more to my generous cooking friends and a vast collection of cookbooks than to any personal skill. My years as a Food Editor were easy – I like to eat.

The more I think about it, however, there is a distinct correlation between cooking and writing a novel. No, I’ve never burned my fingers on a hot manuscript nor made a delicious snack out of several thousand words, but there is a unity of spirit in both disciplines forged in the act of creation.

First, with book or dish, you have to make the decision as to theme – is it to be hot and spicy? Exotic and redolent of foreign lands? Comforting and homey?

Just like cooking – is it going to be chili with lots of peppers or hummus and tabouli or meat loaf and mashed potatoes? To whom are you going to serve it? Your adventuresome and sophisticated friends or elderly Uncle Homer who’s never been more than fifty miles off the farm where he was born?


And there must be continuity and a similarity of purpose in your entire meal. Imagine a meal made of nothing but homely meat loaf and exotic hummus and fiery chili. While each is delightful in their own realm, combined in a meal those three dishes would be unsettling. That way lies digestion of the spirit as well as the stomach.
Books are similar. Today genre combinations are very popular, but even if your Victorian heroine does travel across the seas or in time, there is a continuity. Readers have a certain set of expectations that is based on any number of things. The author’s brand. The genre. The jacket copy. Primarily the jacket copy. If a customer buys a book that is touted as a cozy mystery and finds half-way through that it turns without warning into an erotic romance – or vice-versa – that is going to be one unhappy book buyer.

You don’t want to bite into a fried stuffed jalapeno to find it filled with mint chocolate fudge, do you? 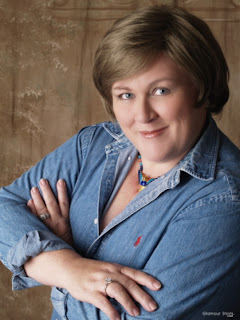 It’s the same thing within a genre. Once the framework is set up within the book, it must be played out within the rules the author has set up. No fair to use the old deus-ex-machina device, where the skeins of the story are so tangled up that the only way for there to be a happy ending is to have a god descend from Olympus and straighten everything out.

This doesn’t mean you can’t push the envelope. If your heroine is afraid of water and of going out alone at night, there’s no way she should decide out of nothing but curiosity to go swimming in the lake at midnight just to see what it’s like. On the other hand, if the only way she can find the needed clue to save her kidnapped brother’s life is by going swimming in the lake at midnight her need becomes an interesting study in character. Just how much will she sacrifice of herself to save her brother? The believability of this scenario depends on how the writer has set up the framework. Are the heroine and her brother close? Are they enemies? Did she even know she had a brother until this scenario began?

A reader will suspend disbelief to accept almost any world a writer creates – the ordinary world of today we all inhabit or a planet with two moons and cool orange seas – as long as the writer plays fair and lives by the rules he has set up. You can’t have a perfectly normal heroine for twenty-two chapters who suddenly becomes psychic in chapter twenty-three just because the hero needs saving.

Now, for a recipe that can be, according to the number of peppers you put into it, either a mild or spicy dish. And easy. Not even I have ever been able to mess this one up!

This dish was created by one of the best cooks – and one of the best friends – I’ve ever known. Sadly she passed away several years ago, but her cooking will live forever.

Heat over slow fire – stirring all the time – then pour over: