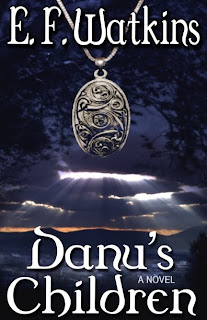 Q. When did you know you wanted to be a writer?

A. Very early. As soon as I learned to print, I started folding sheets of my father’s typing paper in half, drawing cover illustrations and trying to “write a book.” I’d print a few pages before I ran out of steam. I was always reading and always fascinated by plots and characters. I did some Nancy Drew-type books in high school that I passed around to my friends. As I remember, they were spoofs, with the girl detective doing a lot of wild James Bond stunts.

Q. How did you pick the genre you write in?

A. I guess I stared writing “paranormal thrillers” before that term was popular. In my case, it’s not just a euphemism for “horror”—I write thrillers with paranormal twists. I once read a definition of “romantic relationship suspense,” not to be confused with “romantic suspense” because one of the lovers could be the villain. So I guess I’ve written a few “paranormal romantic relationship suspense” novels (that’s a mouthful)! Oddly, they’re the kind of plots you frequently see in movies and on TV, but not so much in novels. Think Ira Levin’s books, like Rosemary’s Baby and The Stepford Wives, but with a bit more sex‘n’violence.

Q. What drew you to the subject of your latest book, Danu’s Children?

A. My mother’s family hails from northeastern Pennsylvania “coal country” and I went to college in that area. During my college years, the area was fairly blighted with many eerie elements. I could see a slag heap smoking in the distance from one of my dorm rooms, and I heard stories of houses collapsing into the earth from mine subsidence and a big church that actually slid a few feet downhill. I was just getting into horror fiction in those days, and kept thinking, “Someday I have to write about this area!” I made a few tries over the years, but only when I framed the story as a murder mystery (with a paranormal twist) did it finally come together.

A. In Danu’s Children, photojournalist Kevin O’Leary returns to his childhood home in northeastern Pennsylvania for the funeral of his reporter cousin, who died in a car crash. When he learns the cousin was investigating a mega-mall construction project by a supposedly corrupt developer, Kevin wonders if the “accident” was murder. He stays around to investigate and meets beautiful Megan Carey, who heads up a grassroots group determined to stop the new mall at any cost. Kevin sympathizes with Megan and her followers, until he realizes they’re a bit ruthless, themselves. They seem to believe an ancient Celtic earth god has a particular interest in their valley, and will help them bring down the mall and the developer…one way or another! Kevin soon realizes that either side could have murdered his cousin. Plus, he senses a disaster brewing that could take many more innocent lives—and he might not be able to stop it.

Q. What do you consider your strengths in terms of your writing?

A. I think I’m good at plotting and coming up with surprising, but believable, twists. And I think my characters are multi-dimensional, even the paranormal ones and the villains. I don’t like to write villains who are just evil for the hell of it—I give each one an agenda that he feels is perfectly justified.

Q. What do you consider your weakness, and what strategies do you use to overcome it?

A. Strangely enough, for the kind of thing I write, I have trouble expressing intense emotion without resorting to clichés. And since I don’t want to use clichés, I often underplay my characters’ reactions! I know this because I get feedback on it from my biweekly critique group. I have to learn not to assume that my reader knows what the character is feeling, but also to manage to convey those feelings without always falling back on pounding hearts, shallow breathing, sweaty palms, etc.! I’m learning to use a combination of internal dialogue and action, instead.

A. “The most beautiful thing we can experience is the mysterious—it is the source of all true art and science,” from Albert Einstein. I have that posted on the bulletin board in my home office, and I use the first half as a catch phrase in a lot of my promotion.

Q. Who is your favorite character in your book, Danu’s Children?

A. Although I have a male protagonist—my first—and in some ways he’s me filtered through a guy’s experience, Megan is the heart of the book. I see her as a visionary and a strong leader who is led astray by forces larger than herself. Originally I conceived her as my first female villain, but I liked her too much. She ended up being someone who does bad things for what even the reader might consider to be good reasons. She sees the error of her ways too late.

Q. What was the hardest scene to write?

A. Without giving too much away, the climax where all hell breaks loose. There were so many elements I had to research and keep track of, to make it realistic and still exciting!

Q. What was your favorite scene to write?

A. Probably the big May Day celebration by Megan and her followers, when Kevin realizes they are a lot more than just a political action group! I took some inspiration from Renaissance festivals, county fairs and Celtic rituals, and had a lot of fun with it.

E. F. Watkins specializes in paranormal suspense, and since 2003 has published four novels with Amber Quill Press LLC. Her first, Dance with the Dragon, received a 2004 EPPIE Award from the national organization EPIC (Electronically Published Internet Connection.) as Best Horror Novel. Next came the romantic mystery Ride a Dancing Horse (as “Eileen Watkins”). Her third book, Black Flowers, was a Finalist in the Thriller category for both the 2006 EPPIEs and the 2007 Indie Excellence Book Awards. She also has published the paranormal thrillers Paragon and Danu’s Children. Her web site is www.efwatkins.com.

Kevin O’Leary, a photojournalist, returns to his hometown of Carbonville, Pa., to investigate the death of his reporter cousin. He uncovers a war between a corrupt developer and a local activist group over the construction of a mega-mall. Kevin is attracted to Megan Carey, leader of the activists. But while the developer may be mobbed-up, Megan and her followers also claim powerful “connections” – an ancient earth god who will help them defeat the construction project. Kevin realizes either group could have killed his cousin, and fears a disaster brewing that will take more innocent lives. But can he do anything to stop it?
Posted by Chris Redding at 3:43 PM