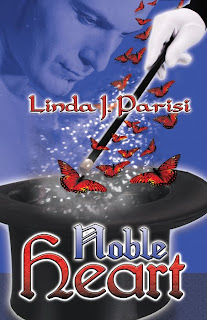 Today I welcome Wild Rose Press author Linda J Parisi. She graciously filled in at the last minute when the person I had scheduled went MIA.

I don’t know that I consciously ever sat down and said I want to be a writer. But for some reason, I always had a pencil in my hand. And that’s how I write today. Pad and pencil. Then I copy and edit into a computer. Guess that makes me a dinosaur, huh?

Since I was a kid. I started writing with the intent of being published in 1991.

I fell in love with Romance when I picked up my first Harlequin Presents in college. Haven’t looked back since.

Pantser. And sometimes without the knickers (wink, wink)

5. What was the name of the first novel you wrote?

Coming Out of the Dark

Did you try to publish it? Not after my first contest entry (LOL)

Once you’re published, people expect you to know the business, be better at your craft, be able to write on demand—they expect you to be a writer. I wish I’d known how hard that would end up being. It wouldn’t have stopped me but forewarned is forearmed, as they say.

7. How many rejections have you received?

Too many. And yet, sometimes I believe not enough. Because I can always make my work better. And I won’t do that if everyone tells me it’s the best thing since chocolate.

Never give up—Actually, I also recall someone telling me not to follow an editor into the ladies room and try to hand it to her under the stall door. That was pretty good advice too.

I work in Research and Development for a Clinical Chemistry System Manufacturer.

Noble Heart is the second book of the Nobility Series. It begins with the Ancient One still trying to destroy the Nobility. Alexi Valentin gets caught between a promise and his duty as a Noble. Elena Kyrinova needs a child to continue her race. They need to stop the Ancient One and save both of their races.

Together, Elena and Alexi learn that even a playboy who plays at being a magician, and a healer who believes she's damaged, can learn to accept who they are. You see, love truly can overcome all obstacles 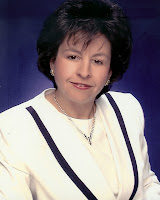 Linda J. Parisi found her calling when as a scientist, she discovered romance. Her idea of the perfect hero is a cross between Frank Langella’s Dracula and his Zorro; tall, dark, handsome, and untamable. Her heroines will never give up or give in, so the sparks continue to fly through her books until her characters reach their happy ending. The road might not be easy but the fun is in the travel. She’s been a member of New Jersey Romance Writers and Romance Writers of America since 1993 and is now a member of Liberty States Fiction Writers. During the day she’s a research scientist and project manager for a diagnostic technologies company. But at night? At night, she gets to play with vampires.
Posted by Chris Redding at 7:26 AM