Today I welcome Phil Giunta who will share an excerpt from his latest  Testing the Prisoner.

Daniel Masenda thought he had made peace with his dark past when he left his home for a better life fourteen years ago. As the mayor of a small, tranquil town along Virginia’s Eastern Shore, Daniel has everything he ever wanted - until a series of haunting visions, coupled with the death of his estranged mother, pits him against two ghostly entities at war with one another. Each has its own agenda as they force Daniel to relive moments from his violent youth and push him to the edge of insanity. As his idyllic life begins to unravel, will he be able to decipher the message behind the hauntings before they destroy, not only him, but the soul of someone he left behind? 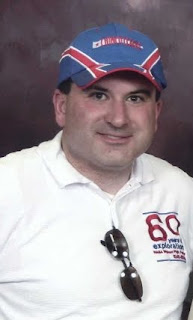 Excerpt from Testing the Prisoner
Daniel managed to collect himself enough to gaze beyond the apparition in the mirror ―for what else could it possibly be? In the background, a dingy white door and cracked blue plaster walls seemed oddly familiar yet too surreal to recall distinctively. He looked frantically around his own bedroom to reassure himself that reality hadn’t completely abandoned him. The laundry basket was tipped over but still very much there; the dresser was firmly at his back and the bed to his right. Bright sunlight illuminated the room from the bay window. Daniel drew some small comfort from the latter. Everything was as it should be, except for the nightmare playing out in the mirror.

The boy was speaking now. His lips were moving but he uttered no sound. Daniel couldn’t help but compare this vision to some silent horror movie. Nervously, the boy looked over his shoulder to the door behind him just as it was thrown open with a force that made Daniel’s heart skip.

The silhouette of a tall, thin figure stood in the doorway. Somehow, Daniel sensed that it was evil though no features were discernible. A sickly yellow glow from somewhere behind it cast its long shadow over the boy. The child writhed as if suddenly wracked with pain. He extended a pleading hand toward Daniel who pressed himself back against his dresser as the boy’s arm reached through the mirror to within inches of his legs.

While the silhouette remained still, its shadow began to twist and contort around the boy, pressing his arms to his sides, wrapping around his throat until it yanked him violently backward toward the doorway.

“No!” Daniel had seen enough. He didn’t know what was happening but instinct told him that the child was in danger. A swell of rage stirred within him. He leapt to his feet and dashed toward the mirror.

“Leave him alone!” he roared, slamming his fist into the glass. It shattered instantly, black shards exploding all around him releasing a sound like the scream of a tormented soul.

Phil Giunta is currently a network administrator and has worked in the IS field for seventeen years at several major corporations. He has a Bachelor’s Degree in Information Technology from Saint Joseph’s University in Philadelphia, PA. His industry certifications include Microsoft Certified Systems Engineer and Cisco Certified Network Associate. He is an avid freshwater fisherman, science fiction fan, and is deeply interested in the paranormal.
Testing the Prisoner 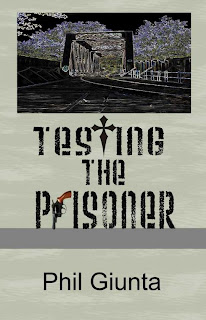 It's a great book. Definitely worth taking the time to read.

Chris, thank you so much for your generosity!